How Unpaid Prison Labor is Powering Florida - FreedomUnited.org
This website uses cookies to improve your experience. We'll assume you're ok with this, but you can opt-out if you wish.Accept Read More
Skip to content
Back to Global News 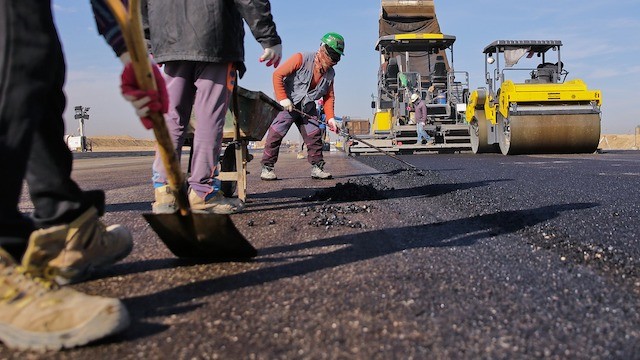 “In a given year, some 3,500 unpaid prisoners make up Florida’s shadow economy. State road crews and “community work squads” incarcerated by the Department of Corrections subsidize local governments from the Panhandle to Miami-Dade: powering waste and public works departments, grooming cemeteries and school grounds, maintaining and constructing buildings, treating sewage and collecting trash.”

It’s a massive finding out of an investigative report by the Florida Times-Union. The report looked at the systemic use of prisoners as cheap or free labor across the state. The only alternative these prisoner have to working for free is often solitary confinement.

These “community work squads” perform all types of work. They have logged 17.7 million hours in the last five fiscal years. The Department of Corrections estimates the value of this labor at around $147.5 million. However, the Florida Times-Union says the real value is likely double or triple that once actual wages and benefits are factored in.

Key findings from the Florida Times-Union investigation include:

Prisoners are forced to work. In at least some instances, that includes those who have medical issues. Those who don’t go out with their squads receive a disciplinary report, which can lead to up to 60 days in confinement and the loss of time earned off their sentences. Florida corrections officers write an average of 1,750 disciplinary reports per year for “refusing to work.”

Eleven prisoners from work camps — nine of them who had been on squads that went outside the gate — said they did not get enough food to sustain them through a full shift of hard labor. They complained of excessive heat in the summer and all but one said they were often made to spread the filth of their uniforms onto their beds before showering, posing health risks.

Community and Department of Transportation work squads are unpaid, and whatever money prisoners have on their own is subject to fines and fees associated with the private vendors running their bank accounts. Work squads assignments don’t lead to vocational degrees or certificates to help prepare former prisoners to re-enter society.

Florida isn’t alone in its reliance on prisoner labor. It’s one of a few US states that use unpaid prison labor. “All of them are Southern and have disproportionately black prison populations,” notes the Florida Times-Union. Forty-three percent of men on “community work squads” are black.

Prisoners are also not protected by federal Occupational Safety and Health Administration guidelines. “You can tell an incarcerated worker to go down in this bog that you know has an alligator in it, or you can make them clear brush that has snakes in it,” explained Jeremiah Tattersall from AFL-CIO. “A free worker might call their supervisor and file a complaint. Those options aren’t there for incarcerated workers.”

Susan Evans, the university’s vice president and chief of staff, said, “The inmates provide an important service to the university while allowing us to save significant dollars that can be used instead for academic and student support programs.”

Not surprised at all typical updated slavery in full effect.

From a child, I’ve seen prisoners working on various projects in any given community. It’s long overdue to give them compensation. Instead they are fined excessive fees for whatever they may have in commissary.. For colleges to say they are saving money by using them is ridiculous. The recent college scandal proves otherwise. Too often, administrators keep that for themselves.

Modern slave labor is an aberration of this day and age. Surely the need to protect human dignity should ban such an abhorrent practice, even moreso at a,University. What a contradiction!

I actually thi k that the prisoners should work, whilst in prison. However, they should have enough food, do jobs equated to their health. They should be growing their own food etc. Also the should not be allowed near vulnerable people, such as children. They need to be taught new skills. They should be penalised if they don’t work if they are fit. They should be treated strictly but fairly

It’s outrageous in a civilized society ! Depriving a man of his liberty is punishment enough . Insisting he work without pay, basic health and safety regulations or even being able to gain qualifications for post prison work goes against the basic human dignity EVERYONE is entitled to. It adds insult to injury that those who benefit are students doing courses these prisoners would never be able to access due to the poor educational opportunities they were offered.