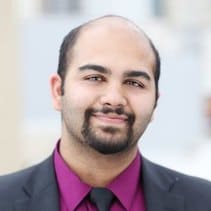 Hossain co-founded and acts as COO for Edvo, where he is making the world a better place by getting people the jobs that make them happy. Prior to this role, Hossain co-founded the retail commerce company Wiser where he helped make the organization profitable, raised venture capital, and scaled it to 80 employees. During his time at Wiser, Hossain served in different capacities, first serving as an Advisor, the Chief Revenue Officer, and later CEO. Wiser was acquired by Quad Analytix in 2016. After acquiring Wiser, Quad Analytix acquired Mobee (where Hossain participated in the M&A process) and rebranded the organizations to become Wiser Solutions Inc. Hossain worked as the VP of Strategic Accounts (Strategy, M&A, Sales) until October 2017.