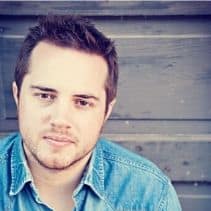 Greg Carney’s upbringing, as the son of missionaries who traveled the globe, helped shape the values that now dictate his personal and business ethics.  Carney co-founded Seven Creation Entertainment, a development and production company for broadcast, cable and digital platforms in scripted and unscripted genres for television and film.  He has executive produced film content for studios such as Metro-Goldwyn-Mayer (MGM), he’s also produced and created TV content for networks like MTV and Netflix.  Carney is also Founder of the Freedom United Foundation, which partners with other handpicked non-profits engaging the problems while raising awareness for the missions. The Foundation’s annual event “Art with a Cause” curated by Carney, is one of Hollywood’s most exclusive ‘Art-Pop-Up’ events in Los Angeles featuring a diverse lineup of celebrity artists and hosts, and raises awareness, educates and encourages people to join the fight against modern-day slavery and human trafficking. Carney is an ambassador for Operation Underground Railroad O.U.R. and the Garland County Human Trafficking Task Force.