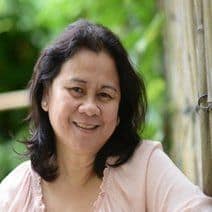 Cecilia Flores-Oebanda is the President and Founder of the Visayan Forum Foundation (VF), an organization based in the Philippines, that began with improving the welfare of marginalized migrants. VF is now recognised for its work establishing innovative solutions to combatting modern slavery and human trafficking. VF initiatives include: iFight, a multimillion member youth movement; community watch mechanisms that protect victims and potential victims in transit areas; and holistic shelter-based services through which VF transforms the lives of survivors. Cecilia has helped secure improved international protection measures, including the Domestic Workers Convention, and influenced stronger legislation in the Philippines to offer protection from modern slavery and human trafficking. She is an Anti-Slavery International Awardee (2005), a Trafficking in Persons Hero (2008), recipient of the Skoll Award for Social Entrepreneurship (2008), the World’s Children Prize (2011) and the Child10 Award (2015).