Will Raising Marriage Age to 18 Stop Forced Marriages? - FreedomUnited.org
Skip to content
Back to Global News 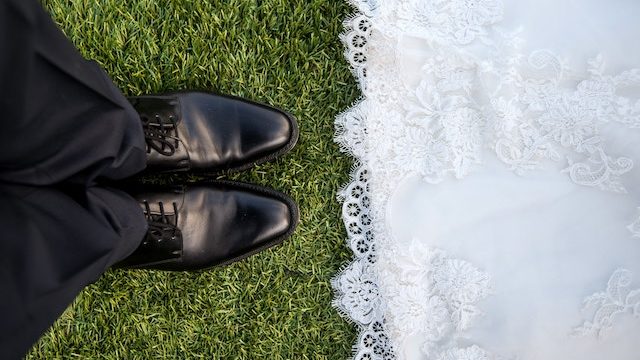 MPs are currently debating whether or not to raise the minimum legal age of marriage in the UK to 18 in a quest to prevent 16-and 17-year-olds from being forced into marriage.

But will this actually stop the problem?

According to Rabina Khan, a community worker and local councillor, in a piece for The Independent, the answer is a likely no. She says it’s worth remembering that forced marriage – at any age — is already illegal and 80% of cases of forced marriages involving British citizens occur abroad.

Khan says the signs are there for communities to pick up on; a studious teenage girl going missing from school for weeks, neighbors saying they heard the girl’s family “went on a long holiday,” and other signs of conspicuous absence.

These are all reliable indicators that something is wrong. And too often that “something” is a forced marriage.

Communities of all faiths and persuasions need to step up and get involved to stop this happening.

Public services such as the social services, the police and the Home Office then need to work with those communities. The Southall Black Sisters group have spent years campaigning for such a multi-agency approach and have made “extensive recommendations to the Home Office, the police, the foreign and consular service, social services, schools and health authorities on good practice when dealing with women and girls who are at risk of forced marriage and/or abduction”.

Although I agree with raising the legal age of marriage to 18, I feel that we need more than age-based legislation to protect vulnerable young girls.

This is something that should also be implemented through the EU Court of Justice, as it is not just a British problem.

Khan adds that European countries need to collectively develop resources and shelters for those at risk and for victims who have escaped from their family homes.

Earlier this year, a BBC report found a lack of awareness of forced marriage among the public, with some women not realizing it was illegal.

The UK’s Forced Marriage Unit recorded between 1,200 and 1,400 forced marriages involving British citizens have occured since 2012.

I have no doubt that if white parents were involved in the forced marriage of their teenage daughters they would receive a hefty prison sentence and their daughter would immediately be taken into care by the local authority. What is happening in the case of ethnic minority parents – a slap on the wrist and told not to do it again I don’t doubt. As long as there is inequality of justice for these vulnerable teenage girls it will keep on happening because the parents know they can get away with it