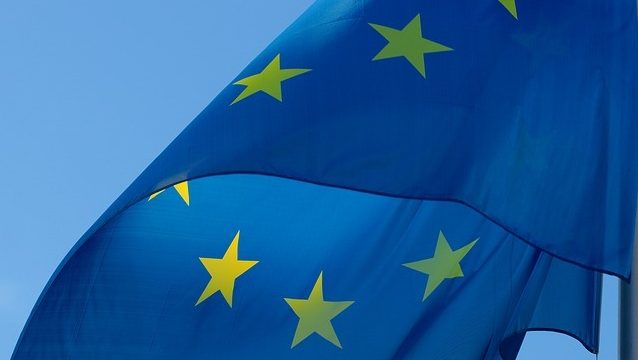 Eritreans living in exile in Europe are charging the European Union with financing forced labor in Eritrea, filing legal proceedings to halt a major EU project.

The Foundation Human Rights for Eritreans is urging the EU to immediately cancel a €20m (£17m) road construction project in Eritrea — a project campaigners violates human rights law and the EU charter because it relies on forced conscript labor.

Eritrea has a system in which national service is mandatory, lasting up to 20 years. Both the UN and the European Parliament have said the system is akin to slavery, with conscripts forced to work in harsh conditions with barely any food and little pay. It has been a major driver of Eritrean migration out of the country.

The road rehabilitation scheme, which launched in February and will help connect Eritrea’s ports to the border with neighbouring Ethiopia, is financed by the EU’s new Emergency Trust Fund for Africa and was described by an EU spokesman as indicative of “a new approach to engaging with Eritrea, which has the improvement of the lives and rights of Eritreans at its core”.

It is part of a package of support to Eritrea and the Horn of Africa designed to stem the flow of migrants to Europe.

Many Eritreans had hoped that the end of the country’s 20-year cold war with Ethiopia would prompt a broader political opening inside Eritrea, including ending indefinite national conscription. On 16 March, the UN deputy high commissioner for human rights, Kate Gilmore, called on the Eritrean government to do so.

But since the peace agreement “nothing has changed whatsoever with regard to the national service”, said Gaim Kibreab, an Eritrean academic and author of the first study on the impact of Eritrean national service.

According to Klara Smits from the Brussels-based group Europe External Policy Advisors, the EU has previously funded road construction in Eritrea. But this time is different.

“It is likely that projects in the past have used forced labour, but this is hard to check due to lack of ability of the EU to monitor. It is certainly the first time the EU, as far as we can tell, has openly admitted to using national service labour in a project,” said Smits.

The EU project document for this new construction project notes that national service recruits and permanent government employees will work on the project.

Still, a spokesperson for the EU says it does not support indefinite national service in Eritrea and that EU money “will not pay for labour under this project.”

“The EU’s contribution only covers the provision of emergency procurement of equipment and materials. The project will be carefully monitored, making sure that all people employed are adequately remunerated and work under appropriate conditions. At the same time, political dialogue will increase to encourage the government to reform the national service,” said the EU spokesperson.

In Eritrea national service is mandatory, lasting up to 20 years. Both the UN and the European Parliament have said the system is akin to slavery, with conscripts forced to work in harsh conditions with barely any food and little pay. It has been a major driver of Eritrean migration out of the country.
I do have serious difficulties in believing that this €20m (£17m) road construction project
will be handled in a different way. because the most important aim of the EU is to prevent refugeesr