Will Nevsun Mining be Punished for Slavery Abroad? - FreedomUnited.org
Skip to content
Back to Global News 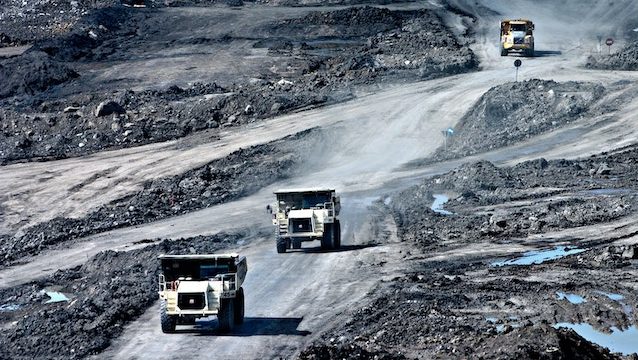 Will Nevsun Mining be Punished for Slavery Abroad?

On January 23 the Supreme Court will hear arguments in a case that will have major repercussions for Canadian companies with overseas operations.

Mining giant, Vancouver-based Nevsun Resources Ltd, is being sued by Eritrean refugees who claim the company allowed and benefitted from the use of slave labor at its zinc and copper mine in Bisha, Eritrea.

Bisha mine is 60-per-cent owned by Nevsun and 40-per-cent owned by the Eritrean government, but like many Eritrean state companies, the mine used conscript labor — workers who are drafted into indefinite service at 18, forced to work for the government or military for decades for nearly nothing.

The UN has described the scheme as “enslavement.”

The Globe and Mail reports:

The case was launched by three Eritrean refugees who accuse Nevsun of violating international law against forced labour, slavery and torture. In rulings in 2016 and 2017, the Supreme Court of British Columbia and the B.C. Court of Appeal rejected Nevsun’s argument that the case could only be heard in Eritrea, not in Canada. The company has appealed to the Supreme Court, setting the stage for a crucial ruling on the responsibilities of Canadian mining companies that operate abroad.

In its appeal, Nevsun argues that the legal case by the Eritrean refugees would “magnify the risk” of further claims against Canadian companies. “Canadian courts are seeing growing numbers of claims against local defendants alleging that they are responsible, directly or indirectly, for misconduct alleged to have taken place in other countries, such as human rights abuses,” Nevsun says. “Mining companies, in particular, are increasingly facing such claims.”

Nevsun acknowledged in 2013 that conscript workers may have been used during the construction of the mine. It said it has since established a screening system to prevent the use of such workers at the mine. And it said the mine is now operating “according to international standards of governance, workplace conditions, health, safety and human rights.”

The Mining Association of Canada said this case could hurt their business abroad by creating uncertainty for Canadian companies, prompting them to withdraw from developing countries.

Joe Fiorante, a lawyer for the Eritrean refugees, said this is a landmark case in that no other human rights case against a Canadian company has made it this far through the court system.

“Every attempt prior to this case to bring a human-rights claim against a Canadian company for conduct at an overseas operation has failed to get past the first stage of the test,” he said.

“It’s been dismissed either for lack of jurisdiction, or the courts of Canada have said this is better dealt with in the foreign court. This is the real first test case. It’s gotten over both of those hurdles.”

Let there be hope for escape for the enslaved that are forced to generate non-realizable dishonestly sourced profits, but, to the detriment of the impoverished and unempowered persons in this World.