Why Some Victims of Modern Slavery Are "Underworked" - FreedomUnited.org
Skip to content
Back to Global News 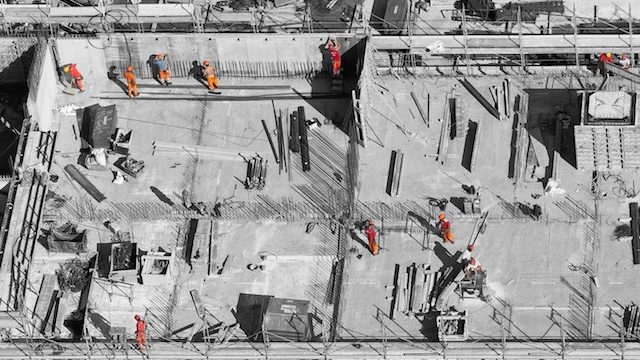 Why Some Victims of Modern Slavery Are "Underworked"

It may not be intuitive, but researchers at the University of Bath have found that some victims of modern slavery may actually be “underworked.”

Why? Because it can increase or prolong a victim’s debt bondage and provide a steady stream of revenue for employers who require workers to pay for living costs.

Researchers at the Academy of Management at the University of Bath’s School of Management say that their study of the food and construction sectors in the UK revealed that exploited workers are not necessarily being worked as hard as they can. Victims are sometimes given no work or work for only a few hours each week.

The report’s authors point out that the assumption that all victims of modern slavery tirelessly overworked does not ring true for every exploited worker.

Gangmasters take on more workers than they need and deliberately avoid giving victims work. They provide them with accommodation and money for food, on the proviso it is paid back when they start earning; cultivating dependence and debt bondage, most common among migrant workers in the agricultural sector.

Victims become ‘coerced consumers’, forced into spend wages on accommodation, food, transport and other goods provided by their employer. They are driven deeper into debt, securing funds from family members abroad, or instant loan services.

In other cases, workers will accumulate large amounts of debt, usually with undisclosed premium interest rates, that they cannot repay. They are pushed further into financial dependence and become increasingly susceptible to continued exploitation.

Professor Andrew Crane, from the University of Bath’s Centre for Business, Organisations and Society, said, “At first, the idea of the victims of modern slavery being ‘underworked’ perplexed us. Why would you coerce workers into a situation of forced labour if you were not going to work them as hard as you could?”

“The explanation is that victims are being mercilessly forced into a cycle of debt and exploitation that is extremely difficult to break.”

Professor Crane hopes that the new research will shine a light on how “innovative” businesses attempt to get away with labor exploitation.

Next time you are in a large supermarket, ask yourself the question:
Why is food this cheap? Why are supermarkets always advertising the fact that they are keeping prices down?
Answer: The true price of food is what the supermarket sells it for + other peoples’ suffering
as this research shows.

While growing one’s own food is good, for those who work full time it is difficult. The best way to have the worker’s who provide our food, and all producers have a better life is when the producer’s organize as a class for itself, which means no one makes a living organizing others, but make their living by providing the necessities.
When we have our own cooperatives we will be better able to live off the grid.

Agreed John – but for that we need a world revolution – which will come if those in power are not careful. Their “gated estates” and hedge fund investments will not protect them.
But how do we change the attitude of the majority towards a better world?
I am 75, have tried all my life, but despair at the continual repetition of mistakes.
A previous Prime Minister (Salisbury) said of public opinion:-
“I feel as if I have a vast lunatic asylum pushing at my back”.

All change starts with a minority. It was a minority that created the American Revolution, and it was a minority that created the progressive changes of the 1960’s. One does not start out tying to change the attitude of the majority, but instead producing class people need to start our own institutions, something that has not happened yet. Change is constant. In my youth, I am 61, it appeared impossible that gay people would have many rights, but now they have legal right to marry.

Coming back to the start of this discussion – treatment of migrant workers.
The idiocy of Brexit will make this even worse as more will be classed as “illegals” and thus will have even less chance of justice in the workplace. I remember a Cornish farmer saying after June 2016 – “how do you expect us to run our farms and harvest our produce without the help of legal temporary employees?”
The majority of people have no idea where their food comes from and have no idea of the true cost.

Sincere and well intioned ideas from all, but the thing is organize ourselves, the productive people, those who make their living providing the necessities of life. This is not be “bolshie”
The bolsheviks were right about the need for worker’s democracy, but violated their own principles because they tried to lead us without being one of us. For the next great movement to be successful it must follow the principles of having no professional organizers in the lead; instead workers must lead.

Hi John,
All comments on Freedom United must be approved before they are posted to the page to ensure that the comment facility is not abused, for example with adverts or spam.

Exploitation exists when one group organizes people as a way of life and the other group provides the necessities as a way of life. If we follow that logic then all business and most institutions in our society are based on exploitation,. The only way to rid the world of exploitation is through worker’s collectives and worker’s democracy.

Has that not always been the case ,however todays Capitalists in a modern industrial society are being care full not to reduce the workers standard too quickly(otherwise they become rather Bolshie)boil the frog slowly.

In class society, exploitation has always been the case, but because workers have not YET written history, we do not know precisely when classes started. When Shamanism started, when one group preached for a living and the hunters gathered the food, that was CLASS. Capitalists have more of a need for advanced production, thus our lives advanced a bit. A butcher could support a family in the Bay Area. Now, it’s impossible. We need our own thing–Bolshies were led by an elite–not workers.