Forced Marriage Survivor: "I Don’t Blame My Husband for What Happened" - FreedomUnited.org
This website uses cookies to improve your experience. We'll assume you're ok with this, but you can opt-out if you wish.Accept Read More
Skip to content
Back to Global News 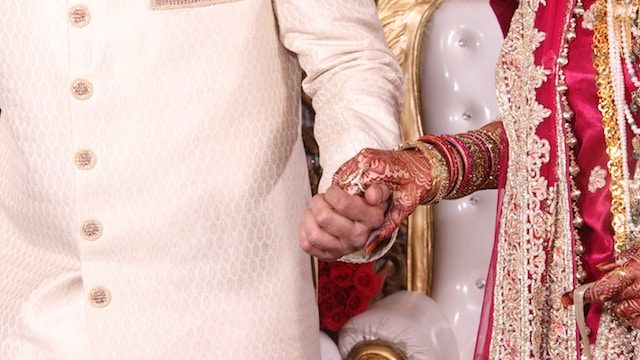 Forced Marriage Survivor: "I Don’t Blame My Husband for What Happened"

One survivor of forced marriage in England is speaking out about her ordeal.

Growing up Anusha (not her real name) she says she always knew that “In my family, being a woman was all about being somebody else’s property – first you belong to your parents, then your husband. I was an object, expected to wait on men and produce children.”

Anusha was sexually abused as child and later beaten and groomed by an older Pakistani man. Seen as “damaged goods” because of this, her family sent her to India, where she had an exorcism that was supposed to “cleanse” her in preparation for marriage.

Yet Anusha insisted that she wasn’t ready to wed at 19, rejecting suitors until her family brought her back to England.

It is there that she was forced into marriage. She writes in BBC Three:

One day, the family of a man in his mid-20s contacted [my family] through a temple visitor. I met him just for a few minutes. After that our families agreed we’d be married. I thought he seemed very quiet, and wrongly took that to mean he would be caring and kind.

On the night of our wedding, the abuse began. My husband pinned me down while I was getting ready for bed. He got violent and, then, afterwards he called his mum to say he’d “done it now”. I sat on the bed in agony, thinking this wasn’t how your wedding night was supposed to go.

When I moved to his hometown, things got worse. His mother was furious because she didn’t think my dowry was big enough. She asked for thousands of pounds, a new car and an expensive TV from my family. But they couldn’t afford it, so she punished me.

She would wake me up at 5am to clean the house every day from top to bottom, and wouldn’t let me go to bed until 3am. She cut my hair and monitored what I ate  – I had no privacy.

Eventually, I collapsed and ended up in hospital. Doctors called my parents, and they came to take me home – that was when I started divorce proceedings.

Despite all of this, Anusha says “I didn’t blame my husband for what happened. All I knew was that I wanted my freedom.”

Anusha points out that there is a difference between arranged marriage and forced marriage, the former being where  “marriage set up by family members of two people over the age of 18, who can both choose whether or not to participate.” It only becomes forced if either partner is unwilling or unable to give permission.

She’s now in her mid 30s and happily single, adding that she tries to “not hold a grudge against my family.”

“Like so many people from my background, they are a product of their own culture. Their parents did the same to them, and they didn’t have the strength to speak out to say they wanted to marry for love,” she says.