Why Abandoned Seafarers Risk Losing Everything if They Disembark - FreedomUnited.org
This website uses cookies to improve your experience. We'll assume you're ok with this, but you can opt-out if you wish.Accept Read More
Skip to content
Back to Global News 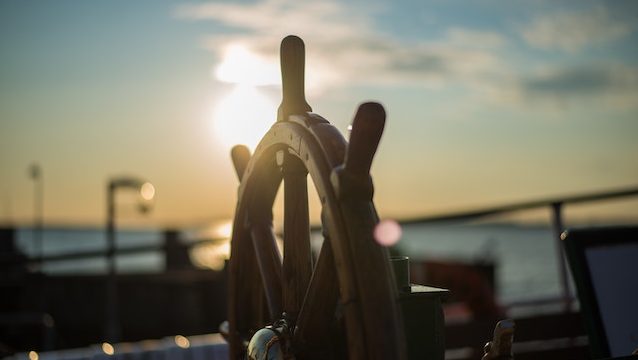 Why Abandoned Seafarers Risk Losing Everything if They Disembark

A captain and his 10-man crew have been stranded off the coast of the UAE for 18 months, abandoned at sea with no supplies, no wages, no fuel, and little means of communication.

The vessel owner, Elite Way Marine Services, abandoned the crew aboard the MV Azraqmoiah after citing financial difficulties. The men, mostly from India, are owed $260,000 in unpaid wages, but they risk losing their claim to it if they disembark.

It’s put the crew in dire circumstances as they are surviving through deliveries of rice and dahl provided by charities and the Indian consulate.

Captain Ayyappan Swaminathan says they have been trying to connect with their families over Whatsapp by piggybacking off of WiFi of other ships.

His daughter keeps asking when he will come home. “I always say: ‘Soon.’ But now she asks what date. Her school summer vacation begins on the third week of this month. She has lots of plans to spend time with me … I am really missing her. I need to go home,” said Swaminathan.

“You have good and bad ship owners,” says David Hammond, founder of Human Rights at Sea, a charity lobbying for seafarers’ rights. “Every ship owner should have a separate fund to look after the crew, in case of financial difficulties. But unscrupulous owners know the limitations of the law and put profit before people.”

Abandoned seafarers have a right, known as a lien, to be paid their wages from the sale of the vessel, but lose those rights if they leave the ship, Hammond says.

Some ship owners may be using non-payment of wages as part of a conscious strategy. “There are definitely some calculated decisions being made not to pay seafarers,” said Jan Engel de Boer, senior legal officer at the IMO. “Although this is not true in all cases.”

Since 2017, seafarers who have been abandoned and unpaid for two months or more can contact their ships’ insurers, with a guarantee of four months’ wages, under an amendment to the Maritime Labour Convention.

The problem for the seafarers in this case if that the UAE is not party to the Maritime Labour Convention. It’s telling that of the 44 cases of crew abandonment last year, 15 of them were related to countries that had not ratified the agreement, including Bahrain, the UAE, the Democratic Republic of the Congo, Dominica and Tanzania.

The Federal Transport Authority has taken legal action against Elite Way Marine Services, which is now promising to sell two ships, a tug and a supply vessel, to pay the wages of Swaminathan and his crew.

When asked why Elite Way Marine Services abandoned the crew for 18 months, Captain Ibrahim Gafar, Elite Way’s operations manager simply said, “We have a financial problem. For one and a half years the market has been down. Any person would not give a good price for the vessel.”

As an ex seaman I am calling on the countries to go ahead and sell these ships and pay the crews, with or without the owners consent. For far to long this has continued among dishonest ship owners, something drastic has to happen to make these owners pay up. As a person from the Caribbean i call on the CARICOM heads to take the fellow government of Dominica to come clean and ratify the convention.