Victims Reveal Modern Slavery in Northeast China - FreedomUnited.org
This website uses cookies to improve your experience. We'll assume you're ok with this, but you can opt-out if you wish.Accept Read More
Skip to content
Back to Global News 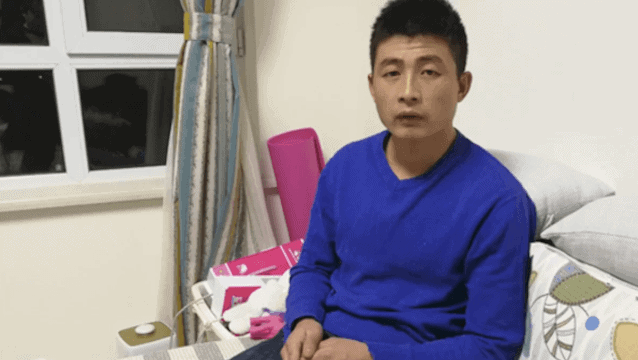 Last April, 52 men in northeast China were freed after being locked up and forced to work after one man finally managed to escape and alert police to their exploitation.

Some of the victims had been enslaved for six years, and all of the victims were Chinese migrant workers. They had struggled to find work due to physical disabilities, mental illness, a lack of education, or homelessness — becoming prey for criminal syndicates that targeted rural workers who searched for jobs at train stations and labor markets.

Last month a court in Harbin sentenced 13 men who ran four criminal syndicates to jail, handing down sentences from one to six years in prison.

And now some of the victims are coming forward to tell about the abuses they suffered for years on end.

[The victims] were taken to the northeast of the country, where they were locked up when they were not working and guarded by syndicate members around the clock. Their ID cards, mobile phones and money were taken away and the victims said if they tried to escape, they would be beaten with shovels and other tools.

“We had to work every day and there was not a single day of rest, even during Chinese New Year,” Sun Haida, one of the victims, told Thepaper.cn.

Syndicate members would take them to work at places such as construction sites, fertiliser plants, grain warehouses, logging operations and dairy farms in Inner Mongolia and Heilongjiang province, according to the report.

Wherever they were working, the syndicates rented accommodation nearby. More than a dozen men would have to share a small room, and they were locked in.

According to court documents, supervisors — some of whom had been enslaved themselves — beat the men until they suffered internal bleeding.

Sun, who is from Qiqihar in Heilongjiang, recalled that syndicate members promised him a good job when he was at a railway station in Harbin. Instead, he was subjected to forced labor for five years, and caught by his traffickers when he attempted to run away.

He said it took him some time to remember his own name once he was freed by police — he had only been referred to by his captors as No 25.

Sun’s family, as well as the family of another victim, Zhou Gang from Liaoning province, are exploring legal avenues to seek compensation for their years of unpaid labor.