Spice Girls in Hot Water Over Charity T-Shirts - FreedomUnited.org
This website uses cookies to improve your experience. We'll assume you're ok with this, but you can opt-out if you wish.Accept Read More
Skip to content
Back to Global News 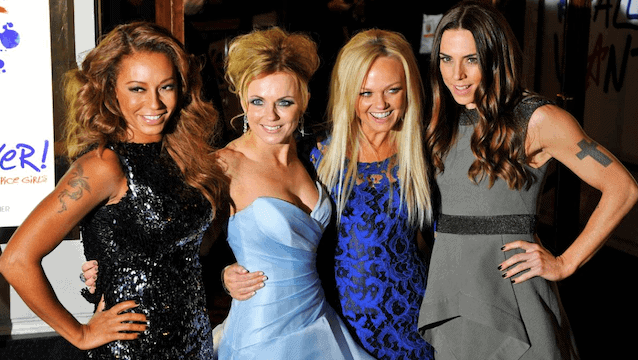 T-shirts championing gender justice have landed the Spice Girls in hot water as it has emerged that the factory producing the shirts exploited its workforce.

The T-shirts, which were commissioned by the Spice Girls and sold for 20 pounds, were used to fundraise for a campaign by British charity Comic Relief. ‘#IWannaBeASpiceGirl’ appears on the front of shirts, while the phrase ‘gender justice’ is printed on the back.

An investigation by The Guardian discovered that factory workers who made the shirts in Gazipur, Bangladesh, earned as little as 35 pence (45 cents) an hour and were forced to work up to 16 hours a day.

Now the Spice Girls have apologized and are promising to look into factory conditions.

A spokeswoman for the Spice Girls – who announced in November that they would reunite for a tour of Britain this year – said they were “deeply shocked and appalled by the claims”.

“The girls will personally fund an independent investigation into the working conditions of this factory,” the spokeswoman said. “Equality and the movement of people power has always been at the heart of the band.”

Comic Relief said both the charity and the band had carried out ethical sourcing checks on the online retailer commissioned to make the T-shirts, Represent, but that it had subsequently changed manufacturer without their knowledge.

Represent could not be reached for comment, but Comic Relief said the retailer had taken full responsibility for its choice of supplier, and that it would refund customers on request.

In The Guardian report, workers said that they were forced into overtime despite poor health and verbally abused by supervisors.

Joanna Ewart-James, executive director of Freedom United, pointed to the irony of a T-shirt supporting gender equality being produced by exploited women.

“All buyers – charities as well as companies – must take contractual responsibility for ensuring decent working conditions in their supply chain,” she said.

Illusions! Get ya hot illusions here!