US Releases New Rules on Child Bride Petitions - FreedomUnited.org
This website uses cookies to improve your experience. We'll assume you're ok with this, but you can opt-out if you wish.Accept Read More
Skip to content
Back to Global News 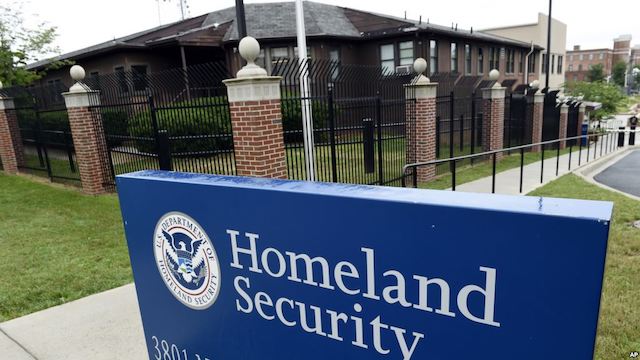 The United States Citizenship and Immigration Services (USCIS) announced that it was updating guidance on petitions to bring child brides into the country, emphasizing that marriages involving minors required special attention.

The move comes in response to an AP report that revealed that there were 5,000 cases of adults petitioning on behalf of minors and nearly 3,000 examples of minors seeking to bring in older spouses or fiancees, sparking concerns that some of these were cases of forced marriage.

The approval of the petitions is the first of a two-step visa process, and USCIS had already said it has taken steps to better flag and vet the petitions. Petitions are first considered by USCIS. If granted, they must be approved by the State Department. Overall, there were 3.5 million petitions received from budget years 2007 through 2017.

Marriage between adults and minors is not uncommon in the U.S., and most states allow children to marry with some restrictions.

But the data raise questions about whether the immigration system may be enabling forced marriage and about how U.S. laws may be compounding the problem despite efforts to limit child and forced marriage.

The USCIS changes will not stop child marriage — age limits must be set by Congress, and states — but officials hope it will help detect instances where a spouse is in the marriage against her will.

“While these are steps in the right direction, ultimately it is up to Congress to bring more certainty and legal clarity to this process for both petitioners and USCIS officers.”

Fraidy Reiss from non-profit Unchained at Last reiterated the need to change age requirements in law.

“What we need is strong legislation that closes the dangerous immigration loophole that currently allows children of any age to petition for a foreign spouse or fiance(e) or to be the beneficiary of a spousal or fiance(e) visa,” she said.

America should have stepped up decades ago. These child brides are often raped to death. India is very bad. Child Brides is legal pedophilia for these disgusting men. Pregnant at 10 years old. These men are MONSTERS. Their traditions are slavery. they can traffic their bride if they want. It is sick and disgusting. just like the men who have always behaved this way. Men are not the boss of the world. Just look at what these MEN have done to our planet. The rich will be our demise. Climate Change

Join the discussion…Debra: Thank You for making me aware of simply ghoulish situation. Yes, America & THE ENTIRE WORLD MUST DO MUCH MORE Enact Laws & ask the U.N. Right NOW, to END such horribly cruel inhumane actions. Women have great responsibility here as well – NOT ONLY MEN !!
EXECUTE THOSE WHO PERPETRATE THIS UNFORGIVEABLE CRIME . The USA and its People have done more than ANY NATION for humanitarian causes. Start with World Wide
Condemnation of INDIA and its insane GREED !!

Let’s work toward “age 18 no exceptions” among both parties to the marriage for these petitions to be granted.

…not only that, but also “free will among both persons”…last Sunday I saw the film “The wedding” (Belgian) in Rosario, Argentina, where I live, and I was shocked that in 21st century this kind of things happens, and our relaxed morals societies allows them, and do nothing…

Children belong in school. Not the bedchamber of pedophiles.

Poverty in Africa as increased the highest rate of women and children been sold out for rituals, drugs, prostitution and slavery. This is common in Asian countries and part of Europe and Latin American in search for greener pastures, eg; Jobs, Dating site and advance slavery.
This can only be managed when there are much awareness of Education and Economic development in most of this Vulnerable countries.

What happens if the child bride later wants to escape the marriage? Can Child Protection step in?