Will Finnish EU Presidency Overhaul Supply Chains? - FreedomUnited.org
This website uses cookies to improve your experience. We'll assume you're ok with this, but you can opt-out if you wish.Accept Read More
Skip to content
Back to Global News 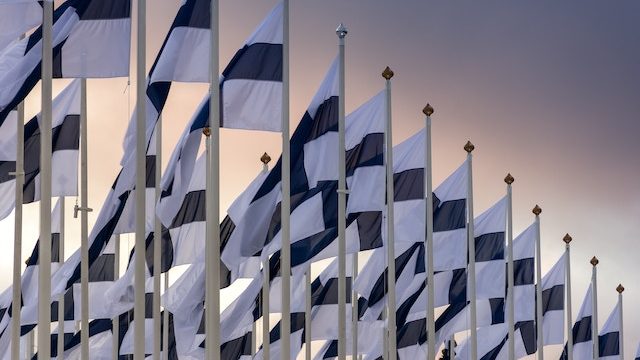 With Finland taking up the EU presidency this year, some are seeing this as an opportunity for the EU to take on modern slavery in supply chains more seriously.

Most European companies continue to treat human rights in their supply chains on a superficial level. As the EU Observer points out, 50 of the world’s largest companies rely on a hidden workforce.

“These workers make up 94 percent of the companies’ total labour force, yet have no direct relationship with the multinational itself, whose CEOs take no responsibility for the welfare of the people who generate wealth for their shareholders.”

Yet this past week a coalition of civil society organizations and trade union leaders published an open letter calling on Finland to push the EU to focus on human rights due diligence.

There are signs that the call for human rights due diligence regulations is growing stronger across Europe.

Governments including Switzerland, Luxembourg, Germany, the Netherlands and Austria are considering legislative proposals to examine the introduction of such legislation.

All eyes are now on France, the first country to adopt such a requirement under its Duty of Vigilance law. While these national-level initiatives are welcome, they could lead to only piecemeal solutions.

To avoid this, the EU could play an important role in unifying and harmonising these initiatives, and Finland is well-placed to take on this challenge during its EU presidency.

Finland is one of the first countries to issue a National Action Plan on business and human rights and has a strong movement of civil society groups, trade unions and companies calling for mandatory human rights due diligence legislation.

Last year the EU Non-Financial Reporting Directive came into action, which requires companies to report on their impact on the environment and respect for human rights in their business.

However, the first analysis of this reporting came out this week with disappointing results; most firms were found to be demonstrating superficial engagement at best.

It will now be up to Finland to see if it can overhaul how the EU addresses human rights due diligence.