UK Ministers Won't Back Raising Marriage Age - FreedomUnited.org
This website uses cookies to improve your experience. We'll assume you're ok with this, but you can opt-out if you wish.Accept Read More
Skip to content
Back to Global News 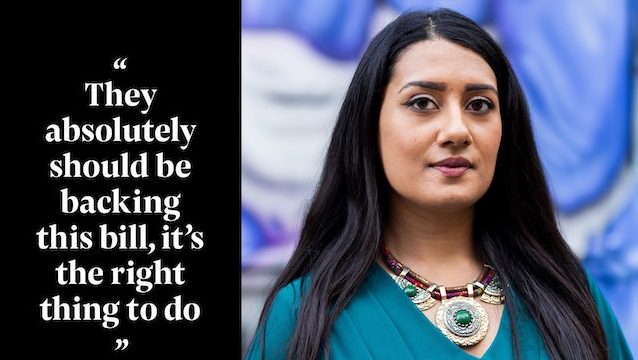 Government ministers are refusing to support a bill that would raise the legal of marriage in the UK to 18.

It’s a stance that goes directly against the advice of forced marriage survivors and campaigners who argue this move is essential to prevent children from being forced into marriage.

Despite promises from the home secretary Sajid Javid to tackle forced marriage, an “despicable, inhumane, uncivilised practice,” in his words, the Home Office is not supporting the bill.

“The government has not seen evidence of any connection between forced marriage and the marriages of people of 16 and 17 years,” said a spokesperson for the Home Office.

The bill, which has its second reading later this month, has been put forward by Conservative backbench MP Pauline Latham, but has cross-party support. Labour MP Sarah Champion is among those backing a change in legislation, and has criticised ministers for failing to adopt the bill, saying to do so is “allowing forced marriage to flourish”.

The Home Office estimates that between 5,000 and 8,000 people are at risk of being forced into marriage every year in the UK. In 2016, the UK Forced Marriage Unit’s helpline dealt with 1,428 cases of forced marriage; 15% of these involved children aged 16 and under, and a total of 30% were under-18s.

“I think there’s been a romanticised view of child marriage in a context like the UK that it’s the 17-year-old who wants to get married to her 18-year-old sweetheart, them wanting to start the next phase of their life. The emerging data shows quite a different picture,” said Lakshmi Sundaram, executive director of Girls Not Brides.

Shaheen Hashmat is one of the lucky women who escaped a forced marriage, running away from home when she was just 12. She had watched as her older sisters were taken to Pakistan by her parents under the premise of a holiday. But upon arrival they were shown pictures of men, strangers that they would be forced to wed.

Hashmat says the new bill raising the minimum age to 18 could have saved her sisters, and it will give thousands of other girls across the UK better protection.

“[The government] absolutely should be backing this bill, it’s the right thing to do, it’s a message we’ve been putting out to other governments and other countries for a long time,” she added.