Pregnant Cambodians Arrested in Surrogacy Crackdown - FreedomUnited.org
This website uses cookies to improve your experience. We'll assume you're ok with this, but you can opt-out if you wish.Accept Read More
Skip to content
Back to Global News 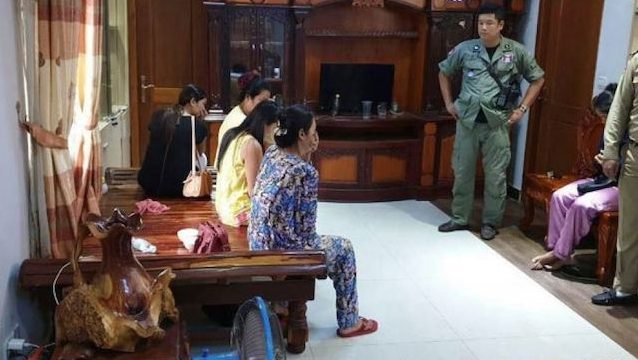 Fifteen people in Cambodia have been arrested over their involvement in an illegal surrogacy ring, one which government authorities say is a case of child trafficking.

Eleven of those arrested are pregnant women, while two men and two other women working as cooks were also taken into custody.

It is the latest development in an illegal surrogacy operation that was providing children to Chinese clients. Back in June police arrested more than 30 women and the Chinese operator of the ring.

Since the arrests, some of the women have given birth to the babies they were paid to carry, and all of them are still being detained in a hospital outside of Phnom Penh. All of them have been charged with human trafficking and could face 20 years in jail.

Chou Bun Eng from the National Committee for Counter Trafficking was unable to provide further details on the latest arrest, including whether any organisers or brokers were detained or which foreign country the babies were destined for, as she was waiting on a police report.

“They hide the baby in the womb and deliver them or bring them across borders,” she said.

But surrogacy advocates and couples desperate for a child have objected to that characterisation.

“To compare child-trafficking to surrogacy is an ignorant and far-fetched comparison,” said Sam Everingham of Australian-based Families Through Surrogacy.

He added that the arrests of vulnerable surrogates missed the mark, as the problem lay with surrogacy agents who recruited women in contravention of Cambodian guidelines.

Chou Bun Eng hit back at that explanation, saying that even if the surrogates were impoverished and did not know it was illegal, that is not an excuse. “Now everyone should be aware the case is prohibited,” she added.

Rodrigo Montero, gender adviser at the United Nations Development Program, observed that commercial surrogacy is a form of buying and selling children. Still, he warned against punishing surrogates.

“While the Cambodian police is enforcing the law rightly, punishment of surrogate mothers should at this stage be considered carefully by the judicial authorities because these women might have been deceived and be indeed victims of misinformation, pressure or even extortion from third parties,” he said.