Tuna Brands Fail to Tackle Modern Slavery - FreedomUnited.org
This website uses cookies to improve your experience. We'll assume you're ok with this, but you can opt-out if you wish.Accept Read More
Skip to content
Back to Global News 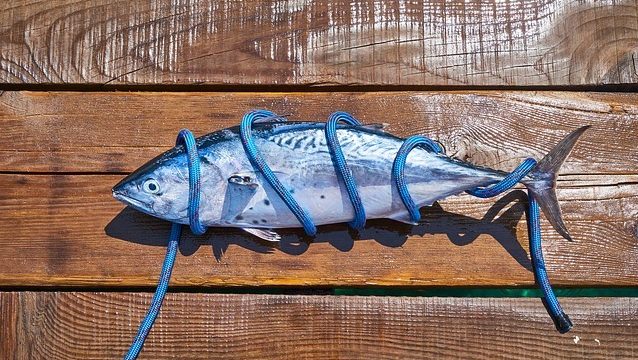 The majority of canned tuna brands are failing to address modern slavery in their supply chains according to a new report by the Business & Human Rights Resource Centre.

The report, “Out of Sight: Modern Slavery in Pacific Supply Chains of Canned Tuna,” surveyed 35 canned tuna companies and supermarkets representing 80 of the world’s largest retail canned tuna brands. Fifteen of these companies failed to respond, including Tesco, Walmart, and Costco.

Incredibly, only three companies — Thai Union, Simplot, and Tri Marine — said that they require all subcontractors to enforce anti-slavery policies in their supply chains.

Four of the 35 companies surveyed (Thai Union, Kraft Heinz Australia, Target and REWE Group) said they conduct due diligence specifically to uncover modern slavery in their supply chains, while 80 percent of companies failed to disclose where in the Pacific their tuna comes from, with only 20 percent saying they have mapped their entire supply chains.

While 60 percent of companies have a complaints mechanism, only six out of 35 (Thai Union,Bumble Bee Foods, Clover Leaf Seafoods, Kaufland, Metro AG and Coles Group) extend this to workers in their supply chains.

15 of the 35 take part in at least one key multi-stakeholder initiative, and 16 have policies requiring the company and its suppliers to support the right to freedom of association and collective bargaining.

Equally notable was that Thai Union is the only company that has engaged with a trade union, in this case the International Transport Workers Federation.

The fishing industry has been under pressure to address human rights abuses, including human trafficking and forced labor, after major investigations have revealed exploitation of fishermen, most of whom are migrant workers.

These workers often lack bargaining power and can become stranded at sea when abuses arise, unable to report to escape exploitation.

Please can you say which UK tuna products are free from slavery. Line and pole caught.

anonymous for a reason

worked at simplot in caldwell, idaho . they were not honest in their reporting, making workers commit fraud by initialing tasks as done, that never got done. not only dishonest, but a food safety issue that risks the health of customers. few days ago, ran into former worker & he brought that up w/out my asking him. he said that he was told by current employees that they’re still doing that. harassment, etc was also rampant.