Thai Sex Workers Reject Anti-Trafficking Raids and Rescue -
This website uses cookies to improve your experience. We'll assume you're ok with this, but you can opt-out if you wish.Accept Read More
Skip to content
Back to Global News 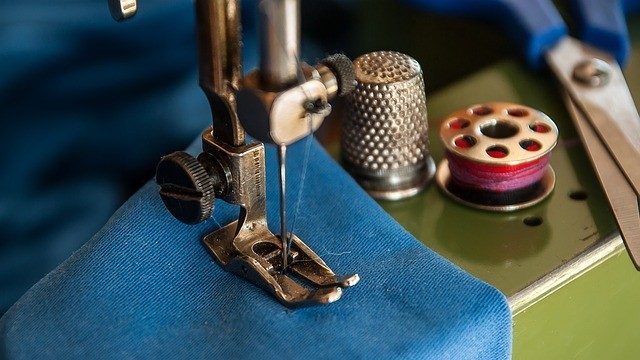 Sex workers in Thailand are rejecting the “raid and rescue” model used by authorities to crack down on human trafficking, which inadvertently snares sex workers who are not victims of trafficking. Many of the women arrested are then told to learn vocational skills like sewing and baking.

Take Action: My Story, My Dignity

“People say we should stop doing what we do, and sew or bake cookies instead – but why are only those jobs considered appropriate?” said Mai Chanta, who has been a sex worker for about eight years.

“This is what we choose to do, and we feel a sense of pride and satisfaction that we are just like other workers.”

Although prostitution is technically illegal in Thailand, it is widely tolerated. Yet in recent years there have been a growing number of police raids on brothels.

“Raid and rescue” operations by the police and charities often use laws related to migrant workers and trafficking to fine, detain, prosecute and deport sex workers, said Liz Hilton at Empower Foundation.

“The authorities justify the raids saying there is trafficking, but most sex workers in Thailand are in it because it pays more than many other jobs that are accessible to them,” she told the Thomson Reuters Foundation.

A government official said the raids are meant to check trafficking of migrants and underage prostitution and that authorities have provided sex workers with healthcare and vocational training.

“We have discussed legalizing prostitution, but it is not an option, as we do not want to be seen as encouraging it,” said Pornsom Paopramot, inspector general at the social development ministry.

Still, as Anna Olsen from the International Labour Organization in Bangkok pointed out, “Trafficking for the purpose of sexual exploitation is a serious issue, but it is distinct from sex work. The conflation of the two fails to recognize that working in the sex industry is a practical decision for many.”

Thai sex workers in Chiang Mai say they will continue to fight. They’ve already managed to set up the Can Do Bar, which they own as a collective, benefitting from health insurance, fixed hours and time off — things typically denied to sex workers.

I respect sex workers. I have used their services in the past, although not in Thailand. They are entrepreneurs, simply performing a task for money which there is demand for; not by monsters, but by people (not just men), who crave sex, who’s alternative may be to go without, facing constant rejection from the opposite sex and usually very lonely. Some are bad people, but keeping prostitution illegal won’t help keep these bad apples away. It will only make it easier for them to exploit.

Here I would like to say, yes they have their own rights to choose what to do and what not to, but we all are familiar with the rudeness and other crimes against sex workers. They love their work that’s a great thing and we all should accept that, being an escort in Newcastle I can tell you with my experience, I love my job very much it makes me complete.

Because I read a lot on this subject and fight it with all my might, what gauls me the most is that the “ Johns” invariably get off Scot free or at worst a slap on the wrist where the girl or woman gets a criminal record making it even harder to leave even if she gets the chance, there are more slaves now than there has ever been and they have never been cheaper or more disposable than now.

Christine B
Reply to  Paulette Harvey

You seem to be missing the point: if sex work were decriminalized, the sex worker wouldn’t have a criminal record in the first place.

Harassing prostitutes is not a good idea. I have always believed it should be legal and then could be regulated, with regular health checks.Making it legal would also mean they could pay tax,however as this would be easy to evade, it would be preferable to license them. They would have to provide a health certificate when applying for the license.

Whilst I accept that when a “raid” takes place some sex workers are in it “ voluntarily” and can be irritated with the disruption but, please remember that for every women content with her choice there are 2 that are not, 2 that live in fear, pain without hope, so whilst I can see the view point I say the raids must continue and be even more effective, just to keep a thumb in the dyke.

How do you know so much about Thai prostitutes?