Thai NGO: 10 Out of 100 Arrested Sex Workers are Victims of Trafficking - FreedomUnited.org
This website uses cookies to improve your experience. We'll assume you're ok with this, but you can opt-out if you wish.Accept Read More
Skip to content
Back to Global News 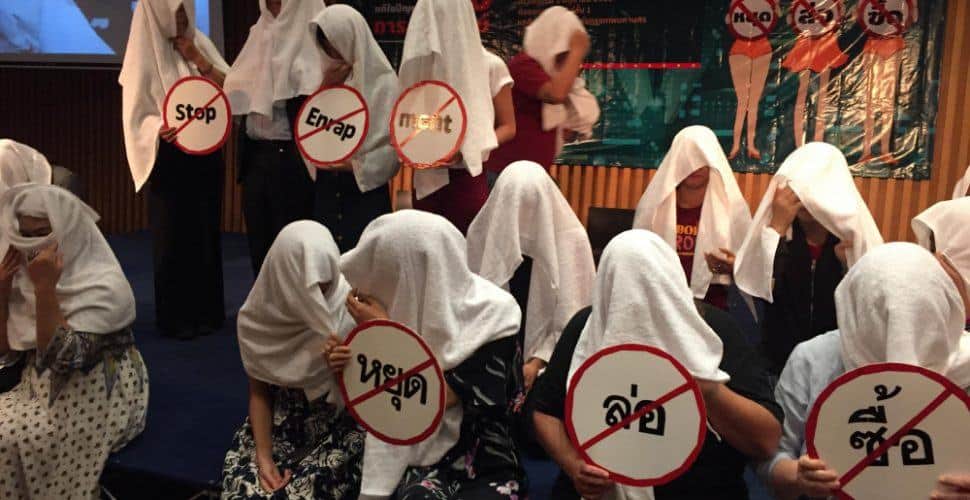 Thai NGO: 10 Out of 100 Arrested Sex Workers are Victims of Trafficking

A Thai NGO, Empower Foundation, is calling for a ban on police raids targeting the sex industry, arguing that the stings violate human rights and victimize women who are working sex workers of their own volition.

Thanta Laovilawanyakul, Empower Foundation coordinator, says “Only 10 out of 100 arrested prostitutes are actually the victims of human trafficking and forced labour in the sex industry. The rest of them are innocent women, who voluntarily work as prostitutes, but they have to face disgrace due to the arrest and improper practices by the officers and media.”

Do you believe workers in Thailand should be free from exploitation?

“Many of them face the charge of adultery and are publicly exposed for working in the sex industry. Even the victims of human trafficking are mistreated by the officers, as they are detained in an improper detention area for a long period and they are unable to contact their family,” she added.

National Human Rights Commission (NHRC) Commissioner Angkhana Neelapaijit agreed that this type of public shaming is a clear violation of human rights of these women.

Angkhana also pointed out that improper media coverage of raids on brothels also discriminated against the arrested women.

A recent study by the NHRC and the Thai Journalists Association found that even though these women covered their identity under blankets, they still suffered a lot from deprivation of their dignity and stigmatisation as a bad person in the eyes of the public.

“Even though prostitution is against the moral codes of society, the sex workers are human, hence their human rights and dignity must be respected like the others,” she said.

Thanta stressed that “Sting operations to suppress human trafficking in the sex industry are unnecessary. There are various other methods for the law enforcers to gather evidence against the traffickers without jeopardising the rights and dignity of these women.”

Empower Foundation estimates that there are around 300,000 sex workers in Thailand. Each year about 300 are arrested in police stings, but only 10 of these 300 are found to be victims of human trafficking.

In a recent police raid on a massage parlour, Victoria’s: The Secret Forever, 113 women were arrested, yet upon further investigation authorities only identified 8 of them as victims of sex trafficking.

“That would allow the proper regulation and control of the sex industry to genuinely tackle human trafficking and ensure that the sex workers receive welfare and protection under labour laws,” she said.

Join our campaign seeking justice for exploited workers in Thailand