Swedish Girls Fearing Forced Marriage Told to Hide Spoon in Underwear - FreedomUnited.org
This website uses cookies to improve your experience. We'll assume you're ok with this, but you can opt-out if you wish.Accept Read More
Skip to content
Back to Global News 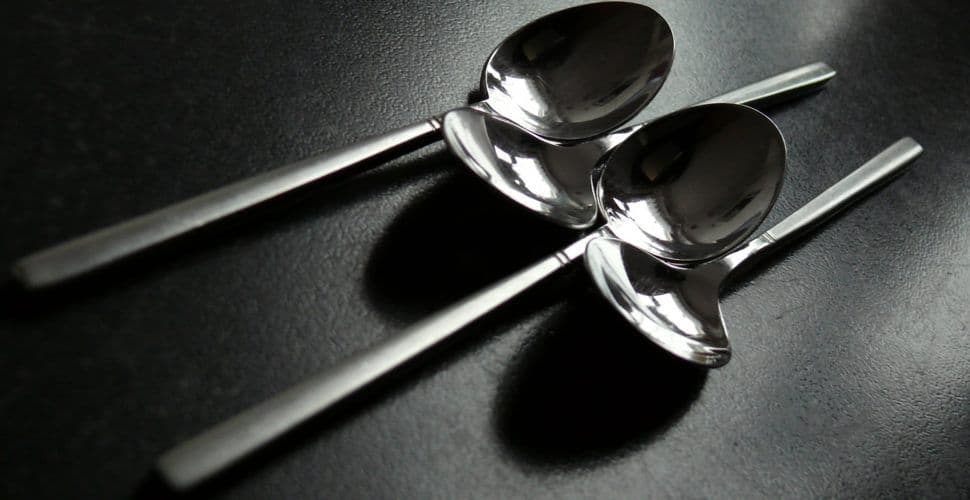 The Swedish city of Gothenburg is advising girls who fear that they will be taken abroad for a forced marriage or female genital mutilation (FGM) to tuck a spoon into their underwear before going through airport security.

Katarina Idegard, who is in charge of tackling honor-based violence in the city, says that airport staff have been trained on how to respond to these cases and that the spoon is “a last chance to sound the alarm.”

“The spoon will trigger metal detectors when you go through security checks. You will be taken aside and you can then talk to staff in private,” she explained.

You can take action against forced child marriage now.

While there is no Swedish data on the number of girls taken abroad for forced marriage, Idegard noted that a national hotline received 139 calls last year on child marriages and forced marriages.

The idea comes from British charity Karma Nirvana, which said the tactic had already saved a number of girls in Britain from forced marriage.

The charity said hiding a spoon in their underwear was a safe way for girls to alert the authorities, which was often difficult if they were constantly surrounded by family.

Idegard said the advice on hiding a spoon was part of a wider campaign to tackle honor-based violence in Gothenburg, which has a population of 1 million people.

Schools and social workers have been asked to be extra vigilant in the run-up to the summer holidays when girls from diaspora communities are more likely to be taken abroad.

“We are doing this now because the risks of forced marriage and FGM increase during the school holidays, especially the long summer break,” said Idegard.

Both forced marriage and FGM are illegal in Sweden, even if the act is carried out abroad, and offenders can be jailed.

Speak up for victims of forced child marriage.

The practice of taking girls abroad for a forced marriage has precedent in Sweden. In 2016, a father was convicted for forcing her daughter into marriage after tricking her into travelling to Afghanistan.

In a previous case from 2014, a 14-year-old girl whose father took her to Ethiopia to marry her cousin was rescued after she sought the help of a school counselor on Facebook.

Please help old people. such as me, to read this post, and others you send. You can do this by banning light grey text and reverting to standard, dark text.
I know dark text is very old fashioned and graphic designers feel they have to follow the latest trend or face ridicule from fellow designers. Please ignore your designer’s protests and insist on text that is dark enough to be read easily.

Thanks for your suggestion. Our news articles are now written in black font, we hope that makes reading easier.

This seems like an important article. It would have been MUCH easier for me to read had it been written in BLACK text for better contrast. I know grey text is very trendy, and no doubt fine if you’re twenty- or even thirty-something, but it’s a lot of work for us old folks with failing eyesight to slog through it. Give us a chance, huh? (P.S.–I jumped through a hoop to be able to leave this comment–and then I saw that the previous comment is on the same issue!!!)

Thanks for your feedback. We will review our font color choice. We would also be grateful if you could let us know why you had trouble leaving a comment so that we might investigate any problems. One way to write to us is to click ‘Help Center’, then ‘Give Feedback’.

Our news articles are now written in black font, we hope that makes reading easier.

Its a thought- provoking idea & anything that saves a young girl from abuse is worth doing..however now that this is all over the internet, surely girls will be “checked” by a relative before travelling.. would it not be simple enough if you are a worried young girl to get to airport screening/passport control & just scream & scream, on the spot and refuse to go through airside.. that in itself will gain an official investigationdb

It seems rather silly to publicise this, don’t you think?

Now families will thoroughly SEARCH their daughters, beat them if they find spoons on them and possibly even sedate them to render them compliant, before taking them off to their new ‘owners’.

Might it not be more sensible to institute a compulsory interview with girls travelling to known destinations where forced, arranged marriages are still practiced? It could use lie-detecting equipment and so deter the practice altogether.