Should Child Sex Trafficking Victims Face Jail for Killing Their Abusers?
This website uses cookies to improve your experience. We'll assume you're ok with this, but you can opt-out if you wish.Accept Read More
Skip to content
Back to Global News 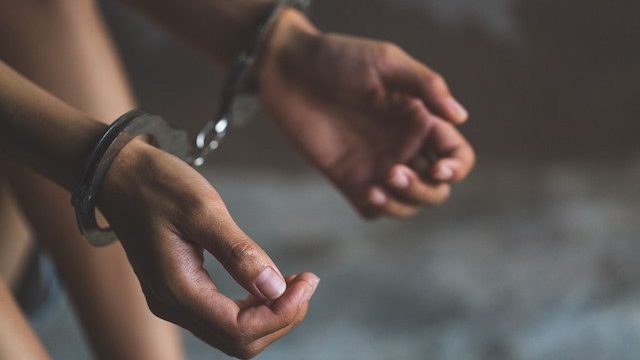 Cyntoia Brown’s case made national headlines following a national outcry over the child sex trafficking survivor’s life sentencing for killing a man who solicited her for sex when she was 16.

The bills in Nevada, Arkansas, Hawaii, and Congress, which are based on model legislation and use similar language, would do away with mandatory minimum sentencing requirements for child sex trafficking victims who perpetrate crimes against their abusers.

Currently, state and federal laws don’t give special consideration to such cases, meaning juvenile victims who commit the most serious crimes, like murder, are often tried in adult court with the possibility of decades behind bars.

The federal legislation, introduced by Republican Rep. Bruce Westerman of Arkansas in March, is part of a package of bills that seek to reform the juvenile justice system. The other two bills in the package would also ban life without parole for minors and limit the use of mandatory minimums for all juvenile offenders, not just victims of sex trafficking.

The legislation “recognizes that girls and boys trapped in sex trafficking may resort to violence to escape,” Westerman said in a statement announcing the federal bill. “The goal of the justice system should be to reform and rehabilitate young people that have committed crimes, not to lock them up and throw away the key.”

A growing body of research shows that trauma from sex trafficking affects the decision making of victims, especially children. The desire to escape their abuse, combined with impulsivity, can prompt trafficking victims to act without considering legal consequences.

Unfortunately, it looks like only Nevada’s legislation will succeed this session; it passed in the Assembly last month and is expected to pass in the Senate before early June. Arkansas and Hawaii both failed to get the bill passed before their legislative sessions ended, and the federal bill is stalled in committee.

No , no penalty for a trafficked person killing the trafficker. They’d be doing the world a favour.