End the Criminalization of Child Sex Trafficking Victims - FreedomUnited.org
This website uses cookies to improve your experience. We'll assume you're ok with this, but you can opt-out if you wish.Accept Read More
Skip to content

Instead of being treated as victims, children across the U.S. are being arrested for crimes they were forced to commit as a result of being trafficked.

But New Hampshire can change this injustice. By passing House Bill 189, the state can set an important national precedent for exempting child sex trafficking victims from criminal penalties for crimes they committed as a direct result of their victimization. The bill has already passed the House and is now being heard by the Senate Judiciary Committee.1

New Hampshire’s legislative session ends on June 30, so now is the time to show your support before time runs out.

New Hampshire is already on the right track — it is one of 28 states that currently have legislation stating that children cannot be charged for prostitution and that there is no such thing as a child prostitute.

House Bill 189 would extend protections for survivors of child sex trafficking to prevent them from being charged for “any other misdemeanor or non-violent class B felony, where the conduct was committed as a direct result of being trafficked.”2

“It was an extremely brutal time,” said one survivor of child sex trafficking who testified in support of House Bill 189.

“It’s often being raped, beaten up, dropped on the side of the road, drugged, gagged, choked out – it’s a very traumatic experience.”3

While being trafficked, she was arrested on multiple charges, including theft. But she committed the acts as an expression of pain.

“The need to boost those neurochemicals and escape from my reality was a big part of that,” she explained.

“It was a very hard life. You’re a victim and you’re treated like a criminal.”

Even though New Hampshire does not charge child sex trafficking victims for prostitution, many victims still carry criminal records for acts that their trafficker made them commit. These records follow children the rest of their lives, presenting barriers to obtaining safe and stable housing and employment.

Sara Hennessey, a state police sergeant with the Department of Safety, which is endorsing the bill, put it simply — this is about survival.

“They’re children – they’re being controlled by their traffickers,” she said.

“This isn’t a normal situation, it’s about a power control situation. The children who are in these circumstances are doing things to survive, maybe it’s something as simple as getting food to eat, or basic needs met.”

Makes me wonder what’s going though the head of these men. For punishing the victims and not the nasty criminals. Where is the justice. I would like those in government explain to us the people what the hell made them come up with ludicrous idea. We’re talking about children who should be school getting a education not used by dirty perverts. All you in government open your eyes (SAVE THE CHILDREN ) LOCK away those scumbags forever clean our world of paedophiles, Pimps, rapists, Murderous, etc

I couldn’t have put it better.

These people need therapy and help not condemnation. Without a way up and out your just making the problem bigger

Any lawyer or judge who does not comply with professional ethics or doesn’t have the courage to stand up for victims who desperately need support and help, should be fired and forced to give a decent percentage of their pension to those whose lives have been destroyed ‘thanks to’ their rulings.

Just makes you wonder where all the lost children taken from there parents at the border have disappeared to? Have they been trafficked? And who is responsible? America bow your head in shame!!!!

parents who send unaccompanied children should be the ones hanging their heads in shame – but they’re not, because they made money off the backs of those children

That is exactly what had been happening all along. The main stream media, RINO’s & most Democrats are silent on this matter. Since the Epstein re-arrest, this is going to open up a big can of worms.His money & blackmail= very short jail time, connections w/dirty politicians worldwide, judges, lawyers, doctors, and human trafficking brokers, Only, this time he & many others will be going down. Empty political seats will empty soon.

I am so shocked and appalled by the situation that I would like to scream and not stop until a decent Human Rights judge has passed House Bill 189 and scrapped any laws that still assume that children can commit crimes and be punished for it. I personally believe that lawyers and judges have the professional duty to help victims rather than defending the perpetrators.

This Campaign made an impact with 79,725 supporters! 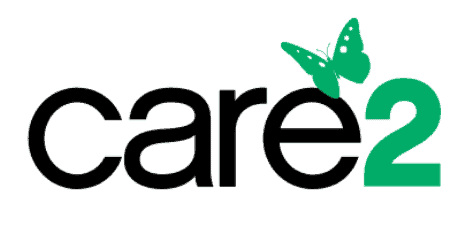