Rohingya Dreaming of Malaysia Not Deterred by Traffickers - FreedomUnited.org
This website uses cookies to improve your experience. We'll assume you're ok with this, but you can opt-out if you wish.Accept Read More
Skip to content
Back to Global News 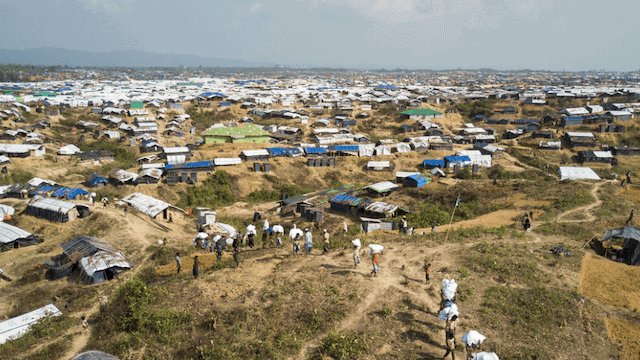 Rohingya Dreaming of Malaysia Not Deterred by Traffickers

Amina Begum is a Rohingya refugee living in a camp in Bangladesh, but she has her sights on making it to Malaysia to join her husband. And the threat of traffickers won’t stop her.

Begum is just 18, and she was raped by a solider in Myanmar. For her, the perilous journey by sea from Bangladesh to Malaysia is better than going back to Myanmar.

“The living standard in the camp (near Cox’s Bazaar) has improved,” she said. “But I know one day we will have to go back to Myanmar and I have no future there.”

Begum married another Rohingya refugee in Malaysia over the phone and says she has already paid brokers to help her join him in Malaysia.

Border Guard Bangladesh (BGB), a paramilitary force, say brokers are misleading refugees like Begum as all the trafficking routes to Malaysia have been closed ever since mass graves of Rohingya and Bangladeshis were found along the border between Malaysia and Thailand in 2015.

And many Rohingya are being cheated of their money by traffickers who are not actually capable of transporting people from Bangladesh to Malaysia, according to law enforcers.

Anti-trafficking organisations, however, fear that the routes through the Bay of Bengal, which became active around 2010, are now being used again by traffickers to move increasingly desperate Rohingya refugees out of Bangladesh.

“The sea is calm now and that’s what’s encouraging traffickers,” said Omar Sadeque, a field officer with the non-profit Young Power in Social Action. “Once the monsoons begin in April, no one will want to take the sea route.”

Even in the face of danger, one Rohingya refugee named Khatoon says she will continue to try to reach Malaysia.

“It’s better to die in the sea than go back to Myanmar,” she said. “There’s hope in the sea, but there’s no hope in Myanmar.”

Unbelievably sad……..and an indictment on those who think they have the right to rule the world.