Iain Duncan Smith Backs Stamp Out Slavery Campaign - FreedomUnited.org
This website uses cookies to improve your experience. We'll assume you're ok with this, but you can opt-out if you wish.Accept Read More
Skip to content
Back to Global News 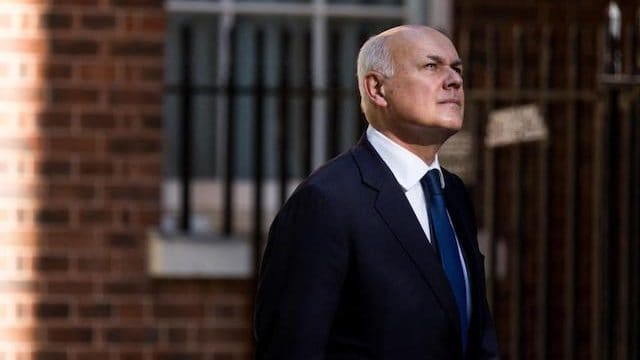 MP Iain Duncan Smith has thrown his support behind The Sun’s Stamp Out Slavery campaign, aimed at helping the estimated 136,000 victims of modern slavery across the UK. The campaign calls for foreign victims to be given more time to remain in the UK as they get back on their feet.

“I know Sun readers will back this campaign. The hardworking people of this country have always had a sense of natural justice and when something is wrong, the British call it out,” said Smith

“The abuse of these innocent people happened right here in the United Kingdom, so we owe it to them to also rectify that here on UK soil.”

Writing in The Sun, Smith explains why changing the law is key:

“Whilst Brexit takes up so much news time this issue cannot be heard.

I have an anti-slavery bill waiting to get through Parliament but it cannot because as we debate Brexit hour after hour and we cannot find the time. Yet if we now back the Sun’s campaign maybe we can change all that and really save lives.

They only have 45 days government support – including financial, housing and medical assistance – but this is simply not enough time to recover from the mental and physical abuse they have suffered. It needs to be changed… now – we cannot sit back and watch this happen.”

While victims of modern slavery in the UK are given access to accommodation, counselling, and legal advice, very little can be done in just 45 days “to reverse what is sometimes years of horror,” added Smith.

This is why he is throwing his support behind Lord McColl’s proposed bill, which would give victims around 12 months time to remain in the UK and access support services. This would also give victims time to assess if it is safe to return to their countries of origin — many would simply return to the very communities from which they were trafficked.

“In a sense,” writes Smith, “they move from being victims of slavery to becoming asylum seekers – but these victims come in small numbers – this is not like migration, and they have faced terrible abuse.”