The Survivors of Russia's Most High-Profile Slavery Case - FreedomUnited.org
This website uses cookies to improve your experience. We'll assume you're ok with this, but you can opt-out if you wish.Accept Read More
Skip to content
Back to Global News 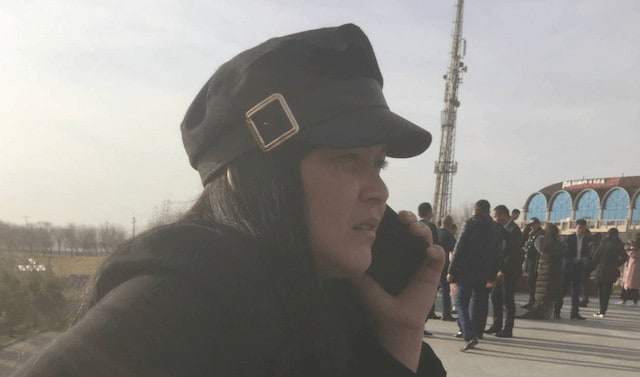 The Survivors of Russia's Most High-Profile Slavery Case

Fatima Musabayeva survived what is considered to be Russia’s most high-profile case of modern slavery.

In 2007, she and her sister Aliya — both from Kazakstan — travelled to 2,000 miles from their home in Shymkent, Kazakhstan, to Moscow, hoping for jobs in a grocery shop. Just 17 and 18 years old, the pair set off for Russia as they faced eviction from their home following their father’s death.

Yet they, along with several other victims, ended up being enslaved by the shop owners, forced to work every day for no pay, sleep in the basement, and eat rotten food.

One day, Fatima tried to escape, but she was caught, assaulted and raped. Nine months later, she gave birth to her son, Rinat, who was taken from her.

She tried to run away in 2010, this time succeeding in getting back to Kazakhstan and finding help from a local organization, Sana Sezim, which helped secure her sister and her son’s rescue.

Today, nearly a decade later, Musabayeva has rebuilt her life, living in her own remodelled apartment while raising her son and running a small business.

But it’s been a long journey, reports Thomson Reuters Foundation:

“The wound has started to patch up,” Aliya told the Thomson Reuters Foundation. “But it is far from completely healing.”

Friends and neighbours know about their enslavement – some saw TV interviews, others were told by the sisters. But there has been neither shame nor stigma, they said, just support.

Yet both realise their children will one day ask questions.

“One of the reasons I don’t think I will ever forget about it (her enslavement) is Rinat,” Fatima says. “Not that he reminds me of it. It’s just that one day he will start asking about his father. And I have no idea what to tell him.”

Despite making national headlines, there has been no justice for the sisters or the rest of the victims.

An investigation in Russia was shut down and a probe in Kazakhstan suspended. As a result, Fatima, Aliya, and two other victims went to the European Court of Human Rights to file a lawsuit claiming their human rights had been violated.

Late last year, the court said their case would proceed.

“I have little hope that it’ll change anything,” Fatima said. “But it is really important for me to go all the way.”