End debt bondage for migrant workers in Malaysia
This website uses cookies to improve your experience. We'll assume you're ok with this, but you can opt-out if you wish.Accept Read More
Skip to content 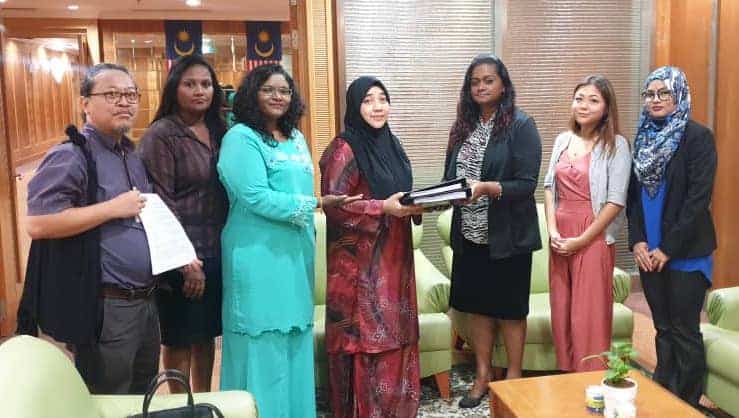 To prevent workers from fleeing their workplaces, or in other words, to control and restrict their movement – characteristics of modern slavery.

Many of the two million migrant workers in Malaysia are already trapped in debt bondage, unable to pay off exploitative recruitment fees. The proposal to cut 20% of their pay will make a bad situation worse.

Tenaganita, our local partner in Malaysia, has been speaking with migrant workers from Bangladesh who oppose the wage deductions:

“It is good to save some money, but 20% is too much. We need money to send to our families to live on.” -Bangladeshi, 40, Construction Worker

“How can I be sure that I will get my money when I go back home?” -Bangladeshi, 36, Petrol Station Attendant

On the verge of tears, a worker in a factory producing condoms, pleaded “What should I do?”. He explained that the US$250 a month for full-time work is not enough to eat, survive, support his family and pay back the fee to the recruiters who promised he’d be paid twice as much. Leaving risks incurring a penalty.1

Kulasegaran says that the wage deductions would be held in the Social Security Organization (SOSCO) and that migrant workers could claim them once their work permits expire and they leave the country.3

But migrant workers’ hard-earned pay should not be used as a bargaining chip.

“It is high time that the new government starts looking at foreign workers as humans and not as a commodity and comply with the international labor standards strictly instead of paying lip service.” said Malaysian Trades Union Congress (MTUC) Secretary-General, J Solomon.4

Amid recent reports of exploitation in Malaysian rubber glove factories5, Kulasegaran called for an independent audit of the sector.6 While this is a positive step, he continues to advance the 20% wage deduction proposal.

Kulasegaran submitted the proposal to the National Labor Advisory Council in December 2018, and the government is currently getting input from stakeholders before it is finalized. Now is the time to act.

It’s a travesty that so many people the world over are taken advantage of for the benefit of greedy individuals. The day will come when the people will rise up against this exploitative treatment.

As a young serviceman in the1950’s I was stationed in Singapore o n RAF air movements and had the opportunity to move around the country in the coarse of my duties and found that then the country was already moving towards a understanding labour related environment after the occupation that went before, by the Japanese Ye t today it has become more apparent, that time has been corrupted by so called modern industrial development and has taken on slave labor as a norm! . What happened

What a joke they are struggling as it is. I believe that employees would be far more likely to leave if their pay was cut by 20%. People know when they are being cheated on do not respect or have loyalty to those who do this to them. High time for fair play to step in.

This is a disgraceful exploitation and a denial of human rights for foreign workers. Karex executives should be directed to pay a livable wage to its workers and provide them with fair wages, healthy and safe working and living conditions.

This Campaign made an impact with 20,428 supporters!