"It's Like Prison" in Malaysian Rubber Glove Factory - FreedomUnited.org
This website uses cookies to improve your experience. We'll assume you're ok with this, but you can opt-out if you wish.Accept Read More
Skip to content
Back to Global News 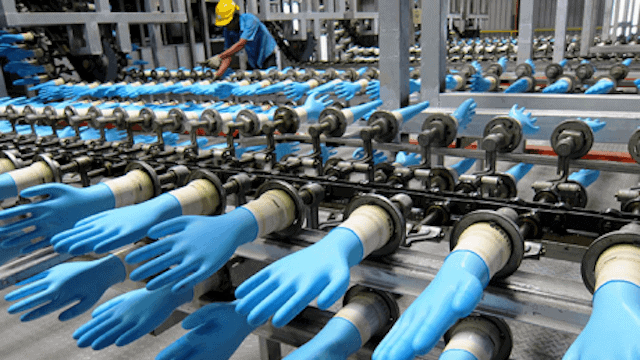 The world’s largest rubber glove company, Top Glove, employs over 11,000 migrant workers in their factories across 40 factories in Malaysia, Thailand, and China.

But it has come to light that Nepalese workers in Top Glove’s Malaysian factories have been subjected to systemic labor exploitation. On top of this, Top Glove also manufactures products that get shipped to global brands including to Australian-listed corporate Ansell.

Ansell is one of thousands of Australian companies that will have to start reporting on their supply chains on January 1, when the Australian Modern Slavery Act comes into effect.

ABC News spoke with migrant workers at a Malaysian Top Glove factory, which one called “like a prison.”

The latest worker complaints against Top Glove include: high recruitment fees that result in workers clocking excessive overtime to pay off debts; passports being locked up — although the workers sign consent forms for passports to be kept by the company, they also say they do not get easy access to their passports when they need to; withholding of salary for certain deductions; crowded living conditions and isolation and restriction of movement.

The Nepalese workers at Top Glove who ABC News spoke to say they are charged recruitment fees in their home country of about $US1,000 ($1,384).

These fees are paid to recruitment agents, and at times are funded by high-interest loans, which then can take more than one year to pay back, resulting in a debt bondage situation.

In a letter to stakeholders, obtained by ABC News, Top Glove said the allegations were “unfounded”.

Top Glove says that workers are responsible for covering their recruitment fees —however high — in their home country, while they as the employer will only cover the processing cost in Malaysia.

“The high agent fees occur at the labour source country and their Government does not determine the cost to be paid to official agents,” the company said in a statement.

Top Glove did confirm that is keeps its migrant workers’ passports in a locker, but believes this is necessarily for “safekeeping.” Workers, however, allege that this restricts their movement as their passports are not easy to access.