'Red Sand' Artwork Raises Awareness of Modern Slavery - FreedomUnited.org
This website uses cookies to improve your experience. We'll assume you're ok with this, but you can opt-out if you wish.Accept Read More
Skip to content
Back to Global News 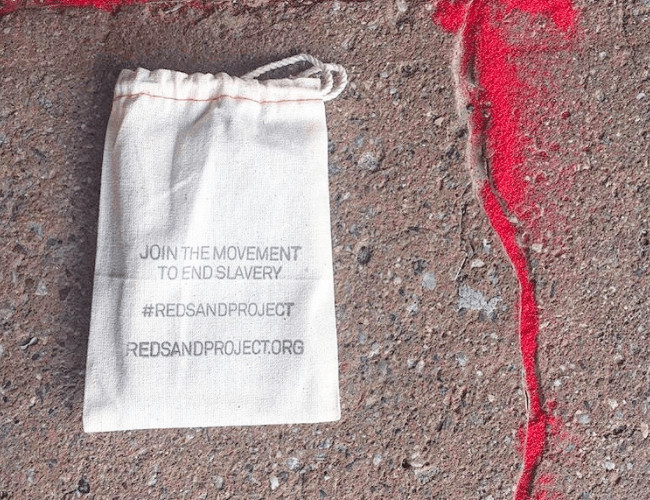 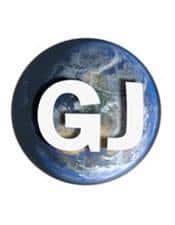 There are around 40 million people around the world who are victims of modern slavery. But despite the severity of the problem, there remains little public awareness of the issue.

Molly Gochman, a New York-based experiential artist and activist is trying to change that. She started the “Red Sand” project in 2014 to create public art that brings attention to modern day slavery.

Gochman has distributed over 200,000 ‘kits’ of red-colored sand for people to use to fill in sidewalk cracks, thus catching the attention of those passing by. The kits also include facts and figures about human trafficking.

Global Journalist spoke with Gochman to understand what motivated her to start “Red Sand”:

The Red Sand Project is a participatory artwork that uses sidewalk interventions, earthwork installations and convenings to create opportunities for people to question, to connect and to take action against vulnerabilities that can lead to human trafficking and exploitation.

Installations and events have taken place in all 50 United States and in more than 70 countries around the world. Several hundred thousand Red Sand Project toolkits have been requested and used by people and groups of diverse backgrounds – from students to educators, businesses to outreach organizations, concerned citizens to celebrities, and we’ve engaged over 1.5 million people.

For years, I have used my work as an invitation for people to reflect on and participate in the experience of humanity. I hope that through my art, I can encourage people to stop, soften and really feel the meaning that exists in the objects and communities that surround us.

That is one of the main reasons why I started Red Sand Project. The project was born after I learned more about modern day slavery, and was appalled that I hadn’t really known it existed before. After reaching out to several human rights organizations to ask what I could do to help, they all told me to raise awareness.

The reason why Gochman focuses on sidewalk cracks is because they remind us that we can’t walk over those who are marginalized in society, or “those who fall through the metaphoric cracks.”

Participants of the “Red Sand” project have also been documenting their work on social media using the hashtag #RedSandProject.

Gochman says she was initially nervous at how survivors of trafficking would feel about the red sand, but she says they’ve embraced the project and even taken part. “This project has shown me that while this is an incredibly sensitive issue, art gives space to share images and stories in a way that doesn’t exploit the people being affected,” she said.