Indonesia Seizes 'Slave Ship' Wanted by Interpol - FreedomUnited.org
This website uses cookies to improve your experience. We'll assume you're ok with this, but you can opt-out if you wish.Accept Read More
Skip to content
Back to Global News 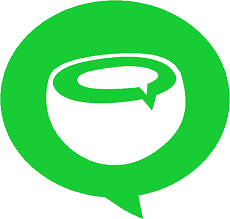 Indonesia has seized an alleged “slave ship” that escaped capture in China and Mozambique. It was an Interpol tip to Indonesian authorities that the stateless STS-50 vessel would soon be entering Indonesian waters that ultimately led to its capture. Authorities suspected the the crew were victims of forced labor.

The boat was seized off the coast of Aceh province and had 20 Indonesians, two Ukrainians, and eight Russians aboard, including the captain, according to a senior navy official. The crew is being held for questioning.

The Indonesian sailors said they were not paid and that their passports and other documents had been taken away as soon as they boarded the ship nearly a year ago, the navy said.

“These Indonesians had been sailing for 10 months without being paid so that’s why we suspect there was slavery happening,” Indonesian navy deputy chief Achmad Taufiqoerrochman said.

The 258-meter (850 foot) long vessel, which was flying the flag of tiny African nation Togo, has previously flown flags from a string of countries including Japan, South Korea and Mozambique, authorities said.

Before being caught in Indonesia, the vessel had changed its name several times — Sea Breeze, Andrey Dolgov, and Aida — to elude authorities.

Besides subjecting crew the forced labor, the vessel operators are also suspected of being tied to organized national crime according to the Indonesian Fisheries Ministry. The ship may have also been fishing illegally as it was equipped with 600 gillnets — banned in some waters — for catching cod species and Antarctic toothfish.

In recent years, Jakarta launched a major crackdown on illegal fishing in Indonesian waters. Foreign vessels caught fishing without a permit are impounded and the crew removed before they are blown up and sunk.