Qatar's Kempinski Hotel Accused of Forced Labor - FreedomUnited.org
This website uses cookies to improve your experience. We'll assume you're ok with this, but you can opt-out if you wish.Accept Read More
Skip to content
Back to Global News 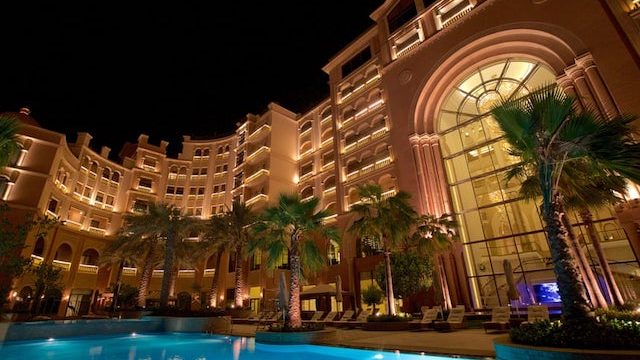 The Marsa Malaz Kempinski hotel is one of Qatar’s most opulent luxury hotels with its car parks lined with Ferraris and Rolls-Royces. Its royal suite even goes for more than £12,000 a night.

Yet the hotel in the world’s richest country is now coming under fire for labor abuses and debt bondage facing its workforce, from security guards, maids, and gardeners.

Most of the staff hail from South and Southeast Asia as well as west Africa, paying upwards of £3,160 in recruitment fees to get a job in Qatar.

However, based on 19 interviews with hotel employees, The Guardian has uncovered multiple allegations of breaches of Qatar’s labor laws, including payment below minimum wage.

Rafiq says he has tended the immaculate lawns surrounding the Marsa Malaz Kempinski for three years, but he has still not paid off the debt he incurred to reach Qatar.

When a recruitment agent in his own country offered him a job overseas, with a salary of £270 a month, it sounded too good to be true. It was, but Rafiq did not to find out until it was too late.

Like many migrant workers from his south Asian nation, Rafiq handed over £3,160 as a recruitment fee to the agent – three times the average annual income in his country.

But at the airport, just hours before departure, he was given a contract to sign, which offered a salary amounting to half of what he was originally promised.

“I had no option but to sign it,” says Rafiq. “I had already paid so much. We were forced to get on the flight.”

Marsa Malaz Kempsinki hires much of its staff through subcontractors, and says it takes the allegations of abuse seriously and has launched an investigation.

“We are committed to abiding by the highest ethical standards as an international luxury hotel operator. Equally, we expect all subcontracting companies to abide by these same standards,” said a hotel spokesman.

Bobbie Sta Maria from the Business and Human Rights Resource Centre added that “Companies have a responsibility to respect all workers in their operations and supply chains, not just the ones they employ directly.”

“That means hotels should be using their leverage with subcontractors to ensure workers are treated fairly and not exploited.”

The poor, already paid badly, are further cheated by the rich who are determined to squeeze every penny possible out of them. Does the greed of the rich have any depths to which it will not plunge or soar? Does their depravity know any limits as in the muslim countries they will execute a woman who is a non-virgin or who tries to defend herself against rape. But several men will turn around and rape one woman. What happens to them? Do they only kill women who are weaker? Seems so.

I worked in Doha. The workers are promised they can bring their families. There is a threshold below which you can’t. The scam is the agent skims just enough off the promised wages to fall below the family threshold. There are thousands of workers from other Muslim countries who end up alone there for years. The government doesn’t want children being born in the country from other countries.