Public Markets Selling Ugandan Girls for as Little as $14 - FreedomUnited.org
This website uses cookies to improve your experience. We'll assume you're ok with this, but you can opt-out if you wish.Accept Read More
Skip to content
Back to Global News 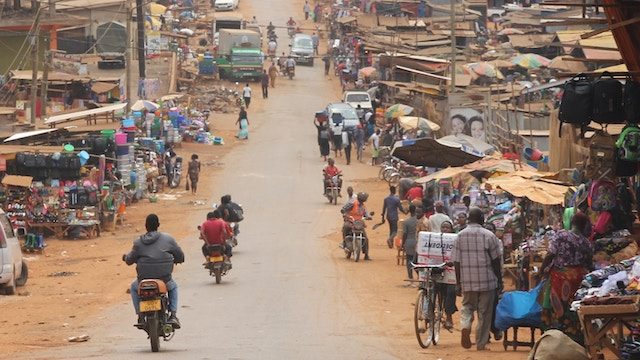 Public Markets Selling Ugandan Girls for as Little as $14

Christine Nambereke left Uganda for Oman last September, thinking we she was on her way to a good-paying job as a domestic worker. When she returned to Uganda this May, she was dead.

She’s just one of 16 Ugandans who have died in the Middle East in the past year. All of them died of unnatural causes and reported being abused.

For years there have shocking reports from migrant workers about domestic slavery in the Middle East. And now eastern Uganda is becoming a hotspot for recruiting women and girls, effectively bought in what Ozy calls public slave markets.

At fast-spreading weekly markets, some women are promised jobs in the Gulf only to be sold once they get there, while others — many of them girls between the ages of 10 and 18 — are directly and publicly “bought” as slaves in Uganda and then resold in the Middle East, according to Ugandan authorities, Interpol, independent experts, legislators, victims and their families.

It began with the auction of around five girls on each day of the market, but the number rose to 20 within two months, she says. The practice quickly spread to other regional markets such as Chapi and Sire. At Arapai alone, up to 50 girls are now auctioned in a day, says Nagudi. Overall, more than 9,000 girls and young women are estimated to have been bought at these markets since last year — for as little as 50,000 shillings ($14), according to Betty Atim, a member of Parliament.

Officially, Uganda bans its citizens from seeking work in most Middle Eastern countries. But the ban hardly works when Ugandans are promised well-paying jobs abroad, often triple what they could make at home.

The Ugandan government is coming under pressure to address the problem. Thus far, the Ugandan police say they plan to raid the eastern Uganda markets where girls are being sold. The country’s Ministry of Gender, Labour and Social Development has also sent a team to Uganda’s east to conduct an investigation on the slave markets.

Even the archbishop of the Anglican Church in Uganda, Stanley Ntagali, is charging the government with failure to tackle the problem.

“The government should ensure that the rights of children are respected and the act of selling them in markets is brought to an end,” he said.

Sick, and evil, when innocent girls are being openly sold by their own countrymen and the state is condoning it by their inaction, then there is little hope for this world,, once we lose sight of our compassion, our empathy then we as a species are capable of the most extreme cruelty, WORDS FAIL ME

The sad thing is, this is how the original slave market to the Portuguese started, by West Africans selling other West Africans to them so they could ‘man’ their sugar and eventually cotton plantations. Why is this happening again? Not just poverty but a mindset that says somehow it’s ok to sell people. When it’s not, period. EVER.

This is what frustrates me about the protests in Britain right now about slavery. Britain abolished slavery in 1807, of note; the ONLY world power in history to ban it. Yet, in today’s world the focus in repeatedly on the West, why? Sure no country is perfect, but we have slavery in 2020 in Uganda, Libya and other countries TODAY!!!! How about we focus on MODERN SLAVERY? Also, Libya, Uganda prove it’s not a “white man’s” only prerogative, every colour have been slave owners, no exception.

It takes more than money to end this slavery. It takes the will of the Ugandan government and the police to crack down on these slave markets and jail the offenders.

Action on this ‘slave’ trade should have been taken right away when it became known. There is no reason the authorities should wait on this. In this day and age, in these modern times, women are still being horridly victimized and it is unacceptable!!