Help end domestic slavery - FreedomUnited.org
This website uses cookies to improve your experience. We'll assume you're ok with this, but you can opt-out if you wish.Accept Read More
Skip to content 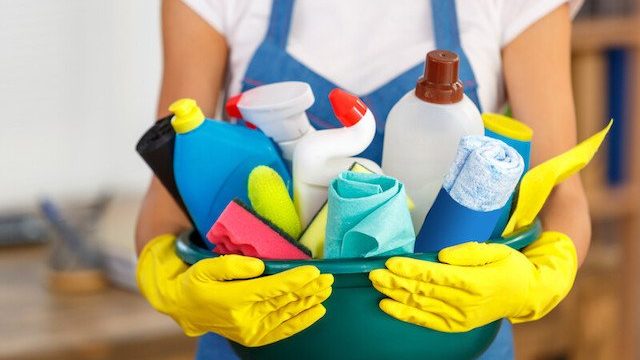 Watch our video on domestic slavery.

People leave their homes every day to find jobs as domestic workers in the cities of our countries. Women make up by far most of those working in private homes, but what’s shocking is that a quarter of domestic workers are children,1 and the majority are aged under 14, with some starting work at just five years old.2

Although domestic work need not be exploitative, it is isolated and so unprotected. Combined with the worker’s extreme dependency on an employer and a lack of rights, they are especially vulnerable to exploitation and abuse.

This is particularly true for children and migrant workers. Locked inside the homes of strangers, some domestic workers find themselves caught in the nightmare of modern slavery. They are deceived by false job offers and unscrupulous employers who extract their labor under threat, preventing contact with their families, and withholding their wages. Physical punishment, as well as sexual abuse, is not uncommon in domestic servitude.

But there is a global standard to protect domestic workers. It’s called Convention 189 and it sets out measures for governments to follow to better protect them.3 29 key countries have already signed4 on however momentum has slowed since it was introduced in 2011, and we need to push our governments to act.

Call on the Government of your country to ratify Convention 189 immediately and help protect children and adults from domestic slavery.

It’s not known how many thousands, or millions, of domestic workers, including children, have been trafficked into servitude.5 Poverty, rural-urban and cross-border migration, to deep-rooted practices like sending children to live elsewhere, as well as discrimination, are all factors that contribute to trafficking into domestic servitude.

Pham Thi Dao left Vietnam to become a domestic worker in Saudi Arabia where she was forced to work from 5am until 1am, beaten and given little food. “As soon as I arrived at the airport in Riyadh, they (employees from a Saudi company providing domestic workers) pushed me into a room with more than a hundred of others,” she said. “When my employer picked me up later, he took my passport and employment contract. Most women I’ve talked to here experience the same thing.”6

In Haiti, restaveks are children who are sent to a host family by their biological families in the hope of a better life in exchange for doing chores. However, many are forced to work without pay, beaten, starved, cut off from their families and at high risk of physical and sexual abuse.7

June was given away by her parents aged five to become a restavek. She was sent to the capital city, Port-au-Prince, eight hours away from her hometown, Jérémie, where she would endure over ten years of abuse. Promises from host families to provide her with an education would be repeatedly broken. Today, there are over 300,000 children like June in Haiti.8

Latifa was 12 years old when she was sent to work for a family in Casablanca, Morocco’s largest city, as a petits bonnes or child domestic worker. Latifa worked 18-hour days caring for four children, cleaning and cooking without rest. She was allowed to eat at 7am and once more at midnight before going to bed, all whilst enduring physical abuse from her employer.9

“I don’t mind working, but to be beaten and not to have enough food, this is the hardest part of it.” Luckily, Latifa managed to escape and rejoin her family but many of the thousands of children in domestic work in Morocco, some in domestic slavery, are trapped.10

Tougher rules to protect domestic workers are long overdue. By sending a message to the Government of your country today you can help start a domino effect until all countries take action.

35 countries have already taken this step – will yours be next?

Countries that have ratified (as of March 2022):

That’s the reason I don’t travel to UAE. Behind a modern facade there is a medieval order. I refuse to support tourism in countries like this. And everyone should too.

It’s not responsible the state -in All cases-if the traffickers and smugglers get money. Maby we should try to give informations to the official UAE Police or political members. Why not?

Because the regime embraces slavery. So does Saudi Arabia, and Quatar, amongst others.

What if you live in a country like that ..?

So what was your point again? 🙂

Saudi Arabia and the Gulf Emirates have a history or treating foreign workers as slaves. people are allowed to enter the country, they are underpaid or not paid at all and are blocked from leaving. Many of the women are treated are treated as sex slaves as well. And the human rights for Saudi women are not good either. This inhumane violation of human rights should not be tolerated in the 21st century.

Not singling out Middle East regions. Don’t be so defensive. When one hears horror from anywhere, one should accept facts and help change it. The non profit said they saw the most horrific cases from the middle east. So I think we need to respect and accept their facts since they work with women who confess to them.

I am not implying that western countries have treated workers or women fairly. They certainly haven’t However, now – thanks to the strong international women’s movement – women in many countries have far more freedoms to vote, to have a career, to drive, to have bank accounts to be come elected politicians etc. In addition, unions have helped to raise the working conditions and OH&S of workers. However, many large corporations have closed down their operations in developed countries and set up operations in countries where their executives know they can exploit workers and the environment because of the lack… Read more »

And yet we do !! We support the sports fixtures for a start. We holiday there and contribute to their economy. How duplicitous is that? It’s shameful.

With the passage of time , all will be resolved

When, in another thousand years ?

In how many hundred years?

The medieval barbarian regime in Oman was put in place by Britain and sustained both by Britain and the US – What a shame that we claim to be modern and progressives and sustain such regimes. Other exaples are Saudi, UAE and Kuwait

43 million slaves to date, never before has slavery been so easy to do and so cheaply, in olden day slavery the victim was worth a tidy sum and treated as wealth, today a slaver can buy a child for the price if a meal and dispose of him or her just as easily if he or she perishes just replace with another by a phone call.

Yea and the UK still ignores the impact and abuse of slavery in Empire days. The fact the slave traders got paid to stop the slave trade!!! It seems many countries have a past that needs to be recognised for its abuses of indigenous people as well e.g. the US and Australia! Its also the lack of understanding or knowledge of our own country’s past abuses during the colonial era that breeds racism and policies like BREXIT! It’s easy to point the finger and ignore our own current prejudices.

Exactly. And while the proletariat argue of who is right or wrong and wonder how they became the working poor the corporations who control exploitative Labour practices are rubbing their hands with glee all the way to the Mir offshore bank accounts .The hide their profits with the help of big accounting firms whilst our government is too scared to take action in case they pull their operations and investments. I myself chose to be an anti capitalist many years ago. To organise differently and challenge the systems I inherited which I am not a part of. Work is a… Read more »

I always believe in eye for an eye. Whatever it is that these horrible so called ‘men’ do to those girls should be done back to them and more! Then they would think twice about treating people like animals if they were treated the same way as their punishment. If the government had their own daughters treated this way, there would be a change and if not, somehow someway karma will be a bitch! What goes around comes around!

I believe domestic workers should enjoy the same protections as other workers and no longer be the invisible labour behind the doors of private households and unprotected by national legislation. This allows for the worst types of abuse often amounting to modern slavery.

I call on my Government to take a stand for domestic workers and ratify the Domestic Workers Convention 189 immediately.