Philly's Groundbreaking Protections for Domestic Workers - FreedomUnited.org
This website uses cookies to improve your experience. We'll assume you're ok with this, but you can opt-out if you wish.Accept Read More
Skip to content
Back to Global News 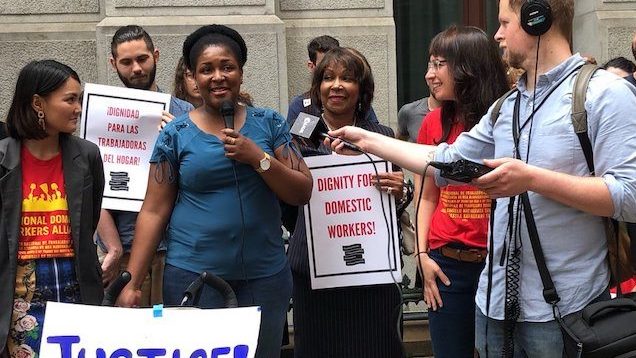 Philadelphia is on track to be the largest city in the United States to pass legislation to protect domestic workers against exploitation. The city’s estimated 16,000 domestic workers — caretakers, nannies and house cleaners — are currently excluded from labor laws, meaning they have little means of recourse when they are abused or underpaid by employers.

The Philadelphia Inquirer explains what the bill would do:

Mayor Jim Kenney has already signalled his support of the bill and five City Council members appeared at a press conference to show their support.

There should be hearings on the bill this fall, and advocates hope the bill will pass Council and be signed by Kenney by the end of this year.