Philadelphia's First Hearing on Domestic Worker Bill of Rights - FreedomUnited.org
This website uses cookies to improve your experience. We'll assume you're ok with this, but you can opt-out if you wish.Accept Read More
Skip to content
Back to Global News 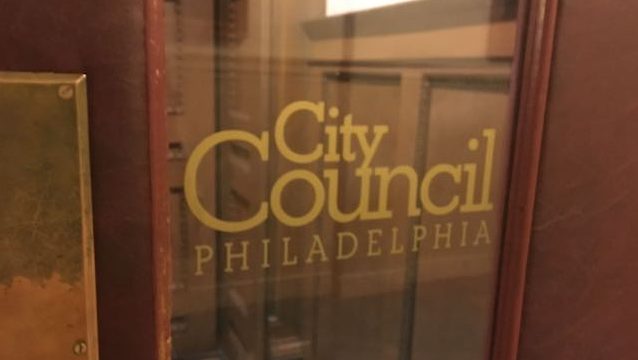 This past Monday, the Philadelphia City Council held its first hearing on domestic workers’ rights as workers and campaigners are pushing for the city to adopt its own Domestic Worker Bill of Rights. Freedom United attended in support and is backing the proposed bill.

Domestic workers from the Pennsylvania Domestic Workers Alliance testified before City Council’s Labor and Civil Service subcommittee, sharing their stories of abuse and why they need legal protections.

“I don’t have any benefits, I don’t have a written contract, vacation, or paid sick time. In addition, in the city of Philadelphia, I have few legal rights and this is why I’m fighting for a Domestic Worker Bill of Rights,” said Betania Shephard, a domestic worker from the Dominican Republic.

Shephard is part of the Pennsylvania Domestic Workers Alliance, which is calling for a Domestic Workers Bill of Rights to extend workers’ rights protections to the more than 16,000 house cleaners, nannies, and caretakers working in Philadelphia.

Workers and organizers argue that legislation is vital to ensure that domestic workers have legal recourse if employers commit wage theft, subject domestic workers to subpar working conditions, or discriminate due to race or other aspects of workers’ identities, among other workplace abuses. So far, nine states and the city of Seattle have passed a Domestic Workers Bill of Rights.

Rue Landau, executive director of the Philadelphia Commission on Human Relations (PCHR), highlighted steps that the Philadelphia Commission on Human Relations has taken so far to be able to take on cases where domestic workers have been discriminated against while on the job under the Fair Practices Ordinance, but acknowledged that the current laws do not extend full protection.

Erika Almirón, executive director of immigrant rights’ organization Juntos, also told the council about her own mother’s experience as a domestic worker, accompanying her as she cleaned houses and seeing how extra hours of work often go uncompensated.

Some cases “can only be described as indentured servitude,” said Almirón.

Nicole Kligerman, director of the Pennsylvania Domestic Workers Alliance, says they are aiming for legislation to be introduced before the end of City Council’s legislative session in June.

And there are encouraging signs that the city council is on board.

At the hearing Councilwoman Maria Quiñones-Sánchez, the prime sponsor of the legislation, said “I want to personally thank all of the women in particular who have come forward to tell us their stories, some of them very painful, emotional, and traumatic, as we try to bring this industry out of the shadows and people’s homes and treat this sector with the dignity that it deserves.”