Chicken Farm Bosses "Personally Liable" for Worker Exploitation - FreedomUnited.org
This website uses cookies to improve your experience. We'll assume you're ok with this, but you can opt-out if you wish.Accept Read More
Skip to content
Back to Global News 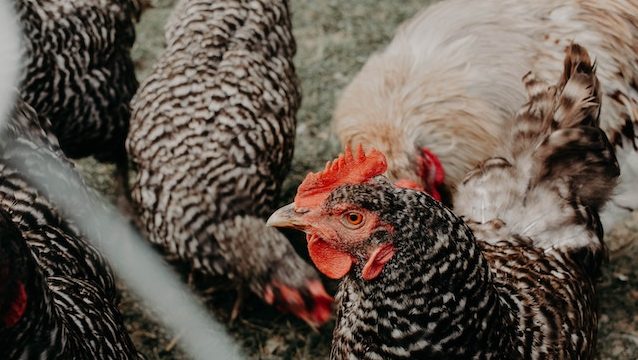 The High Court has made a landmark ruling involving a group of Lithuanian workers on a British chicken farm, finding their employers “personally liable” for their exploitation.

Their employer, Darrell Houghton, the director of DJ Houghton Catching Services, and the company secretary, Jackie Judge forced the men to work gruelling shifts, logging far more hours than what their timecards reflected, and withheld wages as a form of punishment. An “enforcer” was also used to control the men, with those who complained being kicked to the curb.

The chickens from the farm were caught for businesses such as Noble Foods, a leading egg producer and owner of the Happy Egg brand.

The judgment follows a four day preliminary issue trial and summary judgment application in February 2019.  At trial, workers gave evidence of their appalling living and working conditions, and how their wages could be withheld for entirely spurious reasons, such as leaving a cup in the sink, being new to the job, or drinking alcohol at home. The workers claim they were trafficked to the UK, having paid a fee to middle-men and promised decent work that bore no correlation to what awaited them on arrival.

Today the Court upheld the workers’ summary judgment application against the company, and found it liable for serious contractual and statutory breaches, including the failure to pay the applicable minimum wage, the charging of unlawful “employment fees”, the arbitrary withholding of wages, and the failure to pay holiday pay.  Although the men signed no employment contracts, these breaches were committed in breach of contractual terms under the Agricultural Wages Act 1948 and the related Agricultural Wages Orders.

In a landmark decision, the Court also ruled that Mr Houghton and Ms Judge were personally liable to the workers for the serious contractual and statutory breaches of their company.  The Court ruled that they had caused the company to act in breach of its obligations and knew that this was what they were doing.

In delivering his judgement, Honourable Mr Justice Lane said “Mr Houghton and Ms Judge “cannot…have honestly believed that what was being done by them to the chicken catchers was morally or legally sound,” adding that the pair ruined the company’s reputation and caused it to lose the gangmasters’ licence it required to employ the workers.

This ruling has a wider significance for all companies in the UK as it means abusive employers can be found personally liable to pay damages if they operate in breach of contractual and regulatory requirements.

“This judgment is a salutary warning to company officers that they may be made personally liable for exploitation of their workers. I’m delighted that the individuals responsible for my clients’ appalling exploitation have finally been held to account in court,” she said.