North Korean Defectors Escape Sex Trafficking - FreedomUnited.org
This website uses cookies to improve your experience. We'll assume you're ok with this, but you can opt-out if you wish.Accept Read More
Skip to content
Back to Global News 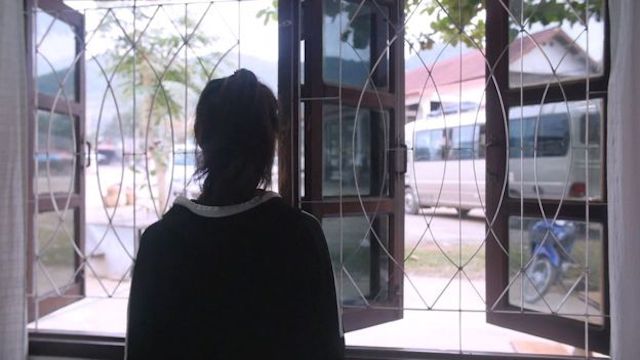 Mira and Jiyun managed to cross the border into China with the help of brokers in a desperate attempt to escape from North Korea.

But once in China, they were not out of danger; the pair were tricked by the very same people who got them across the border, sold off to become “sexcam girls.” For five and eight years respectively, Mira and Jiyun were confined to a small apartment and forced to perform pornographic acts on camera.

Running away from their traffickers isn’t easy in China either; the Chinese government sees North Korean defectors like Mira and Jiyun as “illegal immigrants,” who are sent back to North Korea if found. There, they face imprisonment for “treason against the Fatherland.”

Like many defectors, Mira didn’t have enough money to pay the broker directly. So instead she agreed to be “sold” and work off her debt. Mira thought she would be working in a restaurant.

But she had been tricked. Mira had been targeted by a smuggling ring who recruit female North Korean defectors into the sex industry. After crossing the Tumen River into China, Mira was taken directly to the city of Yanji where she was handed over to a Korean-Chinese man she would come to know as “the director”.

The city of Yanji lies at the heart of the Yanbian region. With a large population of ethnic Koreans, it has become a busy hub for trade with North Korea, as well as one of the main Chinese cities where North Korean defectors live in hiding.

Women make up a large majority of defectors. But with no legal status in China, they are particularly vulnerable to being exploited. Some are sold as brides, often in rural areas, some are forced into prostitution or, like Mira, into sexcam work.

“I couldn’t believe it. It was so humiliating as a woman, taking off your clothes like that in front of people,” said Mira.

“When I burst into tears, they asked if I was crying because I missed home.”

Eventually, one of Mira’s sexcam clients, a man in South Korea, took pity on her. By remotely installing a messaging app on Mira’s computer, he was able to refer her to Pastor Chun Kiwon, the founder of Christian charity Durihana who helps North Korean defectors get to safety.

Chun posed as a client, allowing him to communicate with Mira and Jiyun over the course of a month to plan their escape. With the help of the volunteer from Durihana, the pair were finally able to escape, knotting bedsheets together as they climbed out the third-floor apartment.

They then travelled across China, ensuring that they kept a low profile so as to not get caught. Finally, they crossed the border into a neighboring country and reached the South Korean embassy, where they will were granted a flight to South Korea and asylum.

“I want to live a normal life, drinking coffee in a cafe and chatting to friends,” said Jiyun.

“Somebody once told me that the rain will one day stop, but for me, the monsoon season lasted for so long that I forgot the sun existed.”

Poor girls! So many stories like this! Someday soon the rain will stop!