Youth Face Harsh Conditions, Possible Forced Labor in North Korea - FreedomUnited.org
This website uses cookies to improve your experience. We'll assume you're ok with this, but you can opt-out if you wish.Accept Read More
Skip to content
Back to Global News 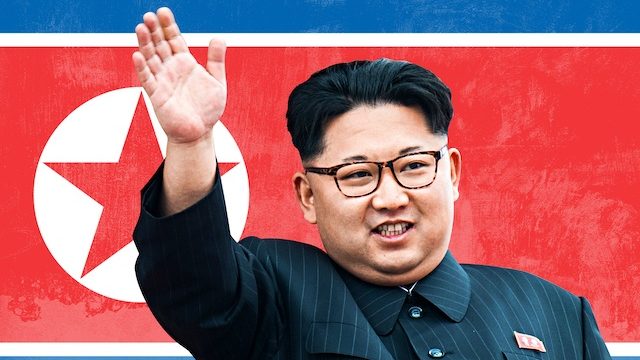 Last month thousands of North Korean students travelled to Mount Paektu, a sacred mountain where Kim Jong Un is building a massive economic hub in the alpine town of Samjiyon.

The students were there to work on the construction of the site, and North Korean media painted it as a patriotic endeavor, with students braving harsh weather and eating frozen rice.

“The weather was so cold the rice were like ice cubes, but we didn’t want to waste a single precious second heating it up. I thought of our anti-Japan revolutionary martyrs while chewing frozen rice,” read one student’s diary according to the Rodong Sinmun newspaper.

But these mass mobilizations are a disguise for slave labor disguised as loyalty to Kim and the ruling Workers’ Party according to North Korean defectors and human rights campaigners.

Young workers get no pay, poor food and are forced to work more than 12 hours a day for up to 10 years in return for better chances to enter a university or join the all powerful Workers’ Party.

Nobody would go there if not for a party membership or education, which helps you land a better job. But these days, you can make a lot more money from the markets,” said Cho Chung-hui, a defector and former labourer.

The labour units, called dolgyeokdae or youth brigades, were created by Kim’s late grandfather Kim Il Sung to build railways, roads, electricity networks and other infrastructure projects after the Korean peninsula was liberated from Japan’s 1910-45 occupation.

North Korean state media has run a series of articles over the past month appealing for young people to dedicate their “boiling blood of youth” to renovate Samjiyon, while Kim has expressed his gratitude to those who sent construction materials and supplies.

Cho, who defected to South Korea in 2011, says human rights abuses of brigade members is rampant, prompting many to try to escape or injure themselves in order to be discharged.

He noted that these days North Koreans with money exempt themselves from the service by sending supplies, paying someone else to fulfil the duty, or bribing brigade leaders to turn a blind eye.

Phil Robertson from Human Rights Watch explained that this has led to new recruits coming from underprivileged families.

“It’s usually the poorest denizens in the area who have few connections and cannot afford to pay bribes – so they are the ones being targeted.”