New York Street Art Shines a Light on Child Trafficking - FreedomUnited.org
This website uses cookies to improve your experience. We'll assume you're ok with this, but you can opt-out if you wish.Accept Read More
Skip to content
Back to Global News 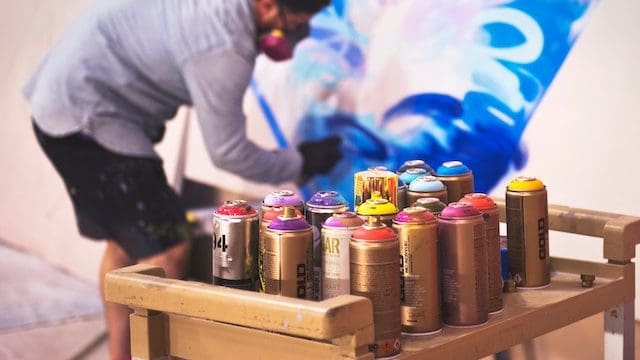 A new campaign is using six graffiti murals in New York City to raise awareness of child slavery around the world.

NGO Street Art for Mankind (SAM) is behind the new project, which depicts sex trafficking in the US, domestic slavery in Europe, child soldiers in Africa, child labor in the fashion industry in Asia, the fish industry in Latin America, and the chocolate industry in Africa.

Audrey Decker, co-founder of SAM along with her husband Thibault Decker, says the artworks are not direct representations of victims, making the point that “this child could be any child, including ours.”

On May 10, members of the public will join street artists, trafficking survivors, legislators and anti-trafficking campaigners in a two-mile walk across Lower Manhattan, viewing each mural.

Speaking at the event is Cecile Noel, commissioner of the NYC Mayor’s office to end domestic and gender-based violence. “Using public spaces for art, just as SAM does, is a critical way to start dialogues and advocate for change,” she told CNN.

The Mayor’s Office has taken various actions to help trafficking survivors. Last May, the city announced a paid sick and safe leave law for victims of domestic violence and human trafficking, that allows employees to take paid time off to recover from abuse or trafficking crimes. It has also opened family justice centers in all five boroughs of the city, that provide counseling and legal assistance to survivors.

“Trafficking is a global issue and it is grossly underreported,” added Noel.

“New York continues to be both a gateway and a destination for trafficking, underscoring the need for both prevention and intervention at the local level.”

Melanie Thomson, an American survivor of trafficking, has her story represented in a mural on Manhattan’s 25 Bridge Street. She hopes the art will help Americans understand that trafficking is not some far away problem.

“People need to really open their eyes and understand that this happens right around them every day.”