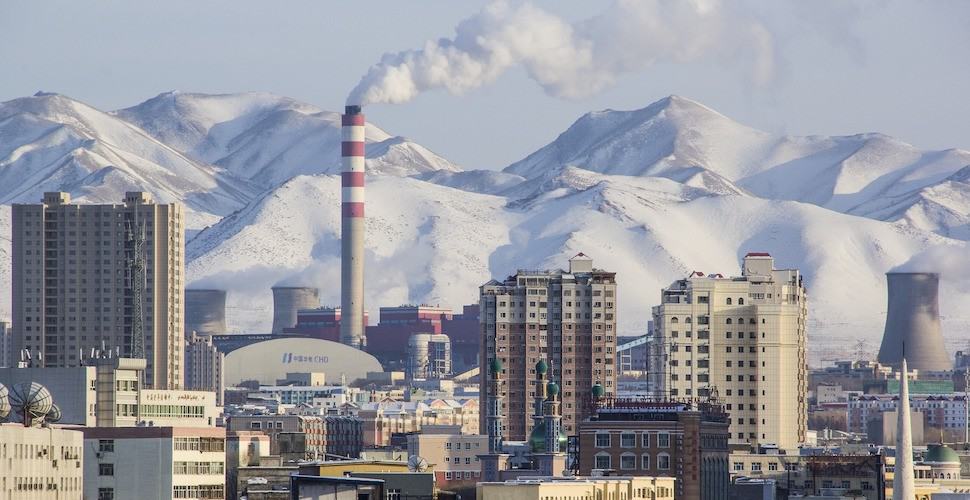 The U.S. government has imposed sanctions on a Chinese paramilitary entity operating in Xinjiang Uyghur Autonomous Region, along with two individuals linked to it, for its role in the ongoing state-sponsored repression of Uyghurs and other local ethnic groups.

In an announcement last Friday, the U.S. Treasury Department’s Office of Foreign Assets Control said it was targeting Xinjiang Production and Construction Corps (XPCC) for its “connection to serious human rights abuse” in the Uyghur Region.

The XPCC is a paramilitary entity that has since its establishment in 1950 advanced the Chinese government’s interests in the region, developing into an administrative and quasi-governmental role.

Uyghur advocates, including Freedom United partner Uyghur Human Rights Project, argue that in this role the XPCC has been integral to the Chinese government’s current campaign of repression—which includes a vast system of forced labor.

Over one million Uyghurs and other people from Turkic and Muslim-majority ethnic groups have been detained since 2017—the largest detainment of an ethno-religious minority since the Second World War.

“The Chinese Communist Party’s human rights abuses in Xinjiang, China against Uygurs and other Muslim minorities rank as the stain of the century,” Secretary of State Mike Pompeo said.

“Today, we are continuing that record of principled action.”

The sanctions, which were authorized under the Global Magnitsky Human Rights Accountability Act, are the latest action the U.S. government has taken in response to the state-sponsored persecution taking place in the Uyghur Region.

In May, meanwhile, U.S. Congress near-unanimously passed the Uyghur Human Rights Policy Act, which would require the government to impose more wide-reaching sanctions on officials involved in atrocities in the Uyghur Region.

These developments have taken place against the backdrop of an escalating trade war between the two countries, and the Chinese government has sought to portray the U.S.’s actions as simply political.

But the growing efforts to stop the atrocities in the Uyghur Region—which include forced sterilization, torture, and family separation in addition to forced labor—are in fact truly global.

Last month, Freedom United joined an international coalition of over 190 organizations from 36 different countries, including more than 70 Uyghur groups, calling on fashion brands to exit the region.

As part of the coalition, Freedom United brings crucial public support and engagement to the international effort to end this system of forced labor.

Join the over 30,000 people calling for justice and add your voice today.

Do we have actual, verifiable information that this is actually occurring? I don’t trust the US period. They are trying to escalate tensions because their global hegemony is threatened.

The credibility of your report must be called into question when you appear to give Pompeo and the American terrorist machine legitimacy.

Our newsroom is a space where we share modern slavery and trafficking stories from around the world and we seek to provide a balanced view of some of the most talked-about issues in the news cycle. This story is particularly relevant as we are currently campaigning on the issue of Uyghur forced labor in China. You can learn more about the campaign and the underpinning research and evidence here: https://www.freedomunited.org/advocate/free-uyghurs/