Call on the Chinese government to free Uyghurs from forced labor

September 29, 2020: NEW ACTION: Write directly to fashion brands with our new action to end the forced labor of Uyghurs and other Turkic and Muslim people in China. Urge Nike, Uniqlo, and Zara to exit the Uyghur Region.

“If the government tells you to work, you go.” — Uyghur laborer, Aksu, China.1

People belonging to ethnic, cultural, and religious groups in northwestern China, including Uyghurs, Kazakhs, Kyrgyz, and Hui, are currently the target of the largest organized detention of an ethno-religious minority the world has seen since World War II. Since 2017, over one million have been detained.2

Detainees are made to work under constant surveillance, with assigned minders and no freedom to leave. Their forced labor contributes to the production of goods for numerous multinationals.

The native people of Xinjiang Uyghur Autonomous Region, Northwest China—known to locals as East Turkistan—are largely from Turkic ethnic groups. Ethnically and culturally distinct from China’s majority Han population, most Uyghurs, Kazakhs, Kyrgyz, and Hui are Muslim, and their languages—with the exception of the Hui—are unrelated to Mandarin and Cantonese. They have long been persecuted for their ethnicity by the government, which has repressed their language, religion, and culture along with settling millions of Han Chinese in the Uyghur Region.  Racial discrimination against Muslims is commonplace.3

In recent years, however, the government’s efforts to oppress and forcibly assimilate people from Turkic and Muslim-majority ethnic groups, like Uyghurs, have expanded dramatically.

Survivor accounts, leaked official documents, and satellite imagery confirm that the Chinese government is subjecting hundreds of thousands of Uyghurs, Kazakhs, Kyrgyz, Hui, and other Turkic and Muslim people to systematic forced labor in detention camps, prisons, and factories. 4 Forced loyalty to the Communist party, renunciation of Islam, constant surveillance, and torture are among the other horrifying conditions that they face.5 Experts argue that forced labor is now so widespread in the Uyghur Region that all goods produced there should be considered tainted.6

This year, reports revealed that the forced labor of Uyghurs has been expanded beyond the Uyghur Region, with at least 80,000 Uyghurs transferred to factories across China where they cannot leave, are constantly surveilled, and must undergo “ideological training” to abandon their religion and culture.7

Recent video evidence shows that some of these transfers occurred earlier this year, when much of China was under lockdown as a result of the expanding COVID-19 outbreak. This means these laborers were forced to work and exposed to the virus while much of the country’s population sheltered at home. 8

Few detainees are charged with any crime but rather are targeted simply for practicing their Muslim faith. 9 The UN Committee on the Elimination of Racial Discrimination states that Muslim minorities are now “treated as enemies of the State based on nothing more than their ethno-religious identity.”10 Analysts have argued that the Chinese government’s use of forced labor as part of an effort to forcibly assimilate an ethnic group and eliminate a culture and religion  sets it apart from more common forms of forced labor and could make the government guilty of crimes against humanity.11 Some have even described the government’s actions as cultural genocide.12

The forced labor of Uyghurs and other people from Turkic or mainly Muslim ethnic groups has become a significant part of the Chinese economy. A complex system of buying and selling their labor has developed, with many brokers and local officials advertising “government sponsored workers” online.13

Through garment supply chains, the entire fashion industry, including products sold by Western brands, are potentially tainted. We are calling on leading brands and retailers to ensure that they are not supporting or benefiting from this pervasive and extensive system of forced labor.18

We have launched a new action enabling you to write directly to Nike, Uniqlo and Zara. These are three of the world’s biggest clothing brands by revenue,19 and each comes from a different region of the world: North America, Asia, and Europe, respectively.

Nike, Uniqlo and Zara, like almost all companies, claim to prohibit forced labor in their supply chains, yet offer no credible explanation as to how they can do this considering their links to a region where all goods are likely to be tainted by forced labor. By continuing to operate in and maintaining links to the region, fashion brands like these are complicit in what many have widely recognized as crimes against humanity.

Our partners have also set up a campaign so you can send this message to M&S. You can take action on CSW’s website here.

The Chinese government has defended the camps where cotton and garments are produced as voluntary “vocational training centers” that serve to provide professional opportunities and eliminate extremism.20 But the stories above are just some among the mounting evidence that reveal this system of modern slavery for what it is.

We have the power to push for change. Although the Chinese government continues to deny any wrongdoing, we can draw attention to the issue and put pressure on them to end the use of forced labor. Western governments and corporations must end their involvement in implicated factories. By making it neither economically nor politically advantageous for the Chinese government to continue its current treatment of these people, we can make a difference.

There is a growing movement calling for these changes, and now we have ample evidence to argue for it. Some officials in the U.S. government and around the world have already started calling for laws banning imports from the Uyghur Region. Some companies have cut ties with their factories in the Uyghur Region, while others have pledged to investigate their supply chains. Let’s take advantage of this momentum and use our voice as civil society to cement real change.

Urge the Chinese government to end the persecution and exploitation of Uyghurs and other marginalized groups through the use of forced labor.

How about naming the Western companies that are using the products coming from this region. Then we can choose not to purchase their products…corporations don’t care about issues like this (they will pretend to so they sound socially responsible) unless it costs them real, significant dollars.

Or we could all wear our clothes until they start to get holes, and then mend them and continue to wear them. It is hard, trust me, I know! I really struggle to go out in public, because I feel embarrassed, but if everyone did this, then I wouldn’t feel embarrassed about how I look.

Also check the news on Disney’s Mulan filmed in Xinjiang (the home of Uighurs).

Hi Dave and Myroon! Freedom United just joined a coalition of over 190 organizations calling on brands to make a formal commitment to exit the Uyghur Region. You can read the brands we’re targeting on the coalition website here: enduyghurforcedlabor.org

I see the coalition of organisations at that site but I cannot find any of the brands being targeted???

Hi Janet and Anne. The list of brands that have been publicly implicated is here https://enduyghurforcedlabour.org/news/402-2 but it’s important to realize that the entire industry is potentially tainted, which means seeking specific brands to boycott, while commendable, is not enough. We need to urge all brands to exit the Uyghur Region.

We will soon name some influential brands on which we are strategically centering our efforts for maximum impact. We will update you when these are live.

Thanks for this information. Without you I would have no idea who to avoid – now at least I have some definite ones. Being vegan also, there are so many brands of everything that I choose to avoid but need the information. I look forward to the time we can access a list of brands that are slavery-free!

I would love it if everyone committed to only wearing recycled or secondhand clothing. I know the clothes can be ugly and it can be hard to find suitable clothes for your lifestyle and the right sizes, but it’s so much better for the environment and also you won’t be supporting slave labour!

I travelled in the area in 2016. I saw that all Uighur farmsteads had been closed and people relocated to showy red painted villages with inadequate space traditional life style, but most of the villages were empty, so where were the people? The Old City in Kashgar, which has stood at least 2000 years, ha been emptied (of the Uighur people who lived there) except for a token family on show to tourists. The bulldozers were in. I saw much evidence of oppression and have boycotted China since.

china are beating and killing our black people and invading our countries., dont order anything formt hem dont support them. they are racist.

DONT BUY ANY THING MADE IN CHINA, EVERY HUMAN DESERVES THE RIGHT TO BE FREE & CHINA IS TAKING THAT FREEDOM FROM ETHNIC PEOPLE OF CHINA, SHAM ON CHINA.

Free Tibet as well, they are destroying Buddhism from Tibet.

Call on the Chinese government to free Uyghurs from forced labor

I am calling on the Chinese government to end the persecution and exploitation of Uyghurs and other Turkic and Muslim-majority groups through forced labor.

I urge the Chinese government to immediately release all Uyghurs, Kazakhs, Kyrgyz, Hui, and others forced to work in factories and detention camps in Xinjiang Uyghur Autonomous Region and beyond, and to allow them to return home. 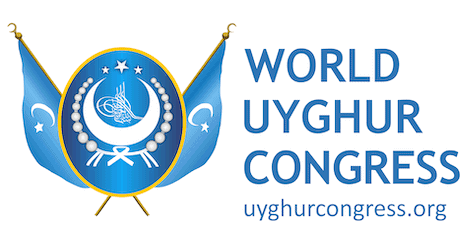 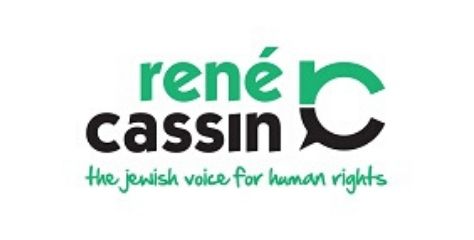 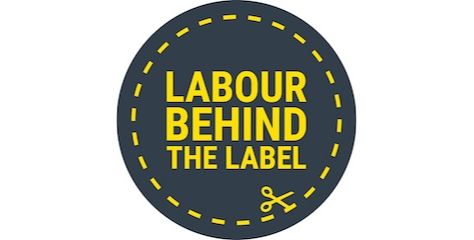 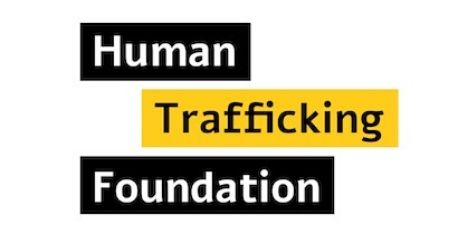 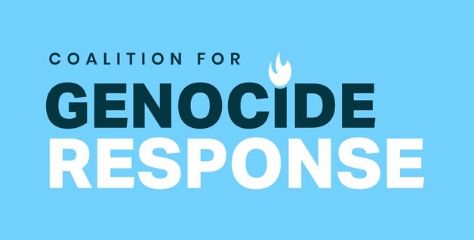 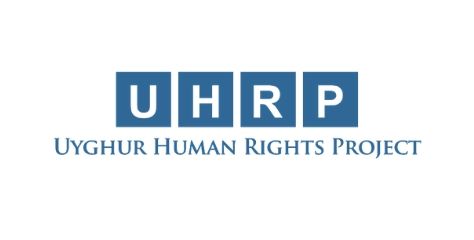 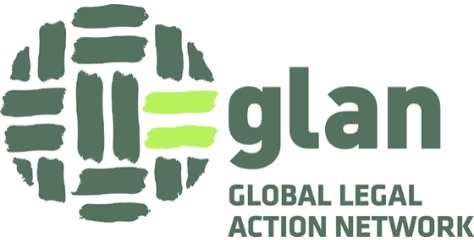 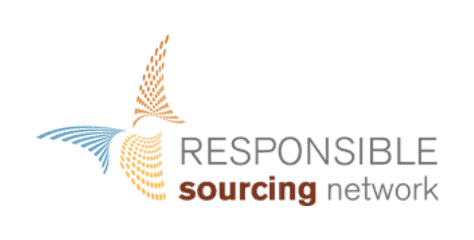 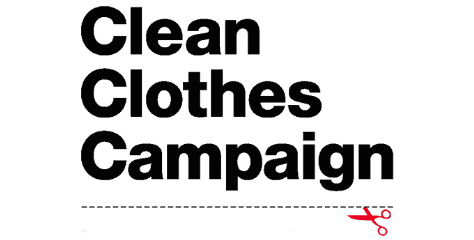 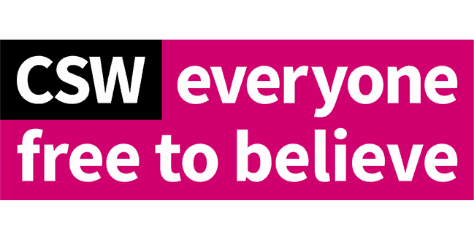 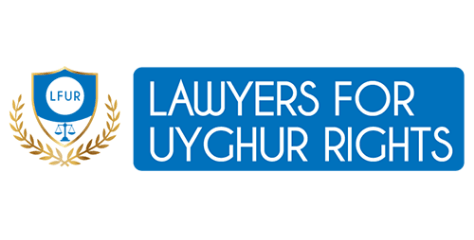