New lawsuit accuses E.U. of funding forced labor in Eritrea - FreedomUnited.org
This website uses cookies to improve your experience. We'll assume you're ok with this, but you can opt-out if you wish.Accept Read More
Skip to content
Back to Global News 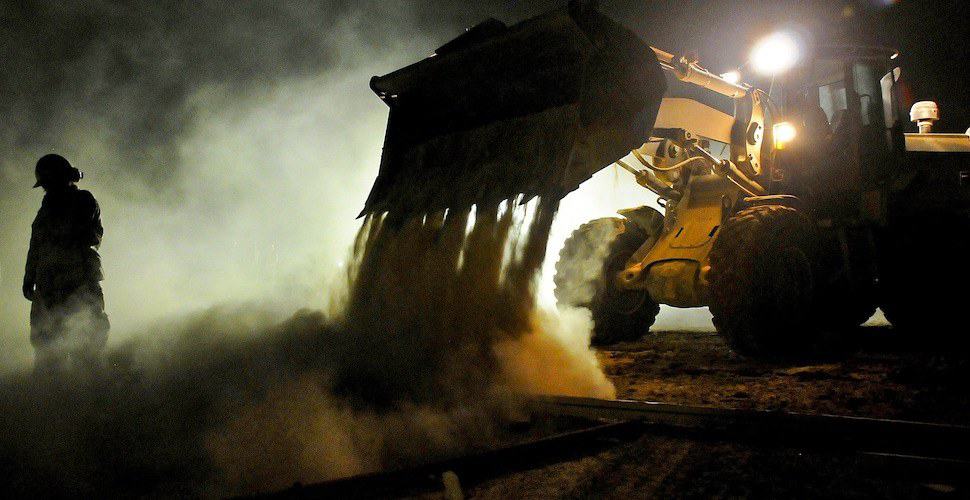 Amid growing evidence that European Union funding is facilitating forced labor in Eritrea, an Amsterdam-based group of Eritreans has filed a lawsuit against the bloc.

In the first major move seeking to hold the E.U. accountable for its spending in the African continent, Human Rights for Eritreans accused the bloc of financing a project in their home country that uses forced labor—as well as intentionally obfuscating the funding process and failing to ensure oversight.

The project in question involves the construction of a road connecting Eritrea’s border with Ethiopia to the port city of Massawa, which the E.U. financed by paying for heavy equipment.

The infrastructure project was revealed in January to source labor from the country’s notorious universal conscription program, meaning the participation of an unknown number of its workers is forced.

The funding is part of the E.U.’s 6 billion dollar-Emergency Trust Fund for Africa, which was established in 2015 in an effort to stem migration from the continent.

But with the fund legally separate from the E.U.’s main budget and classified as “emergency funding,” there is a serious lack of accountability and transparency— an opacity that critics argue is a deliberate strategy to sidestep oversight.

“The E.U. is coming under scrutiny on a number of levels — both close to home at the level of the European Parliament, and further afield, with the filing of a lawsuit in the Netherlands. This can only be positive,” said Laetitia Bader, the Eritrea expert at Human Rights Watch.

Habte Hagos, a co-founder of the London-based group Eritrea Focus, the organization behind a British lawsuit, represented by Duncan Lewis Solicitors, left Eritrea for Britain as a young man. He expressed disbelief that the European Union was paying for a project that used conscripts, and even more so that his adopted country was contributing.

“I find it absolutely shocking for the European Union, given its commitments to human rights, to be involved in this place where people are enslaved for years on end,” he said. “In terms of the United Kingdom, a country that outlawed slavery a long time ago, it seems to me like double standards,” Mr. Hagos added.

The European Commission, the executive arm of the E.U. that authorized the funding, has defended the funding arguing that they have the ability to inspect the site.

However, these inspections can only be performed through the Eritrean government; ambassadors that visited the site in February were escorted by government officials, with no independent access allowed.

As a result of this lack of oversight, the European Parliament is set to vote this week on a motion to freeze spending in Eritrea.

But independent of this decision, experts argue that the success of the lawsuit is still crucial to set a strong legal precedent and prevent the E.U. from funding similar projects in the future.

Freedom United has gathered over 75,000 signatures calling on the Eritrean government to end its system of forced conscript labor.

Stand with the Eritrean forced labor survivors suing the E.U. and add your name today.

Every eritrean youshould stand for slave