Navajo Nation Steps Up to Fight Trafficking on Reservation - FreedomUnited.org
This website uses cookies to improve your experience. We'll assume you're ok with this, but you can opt-out if you wish.Accept Read More
Skip to content
Back to Global News 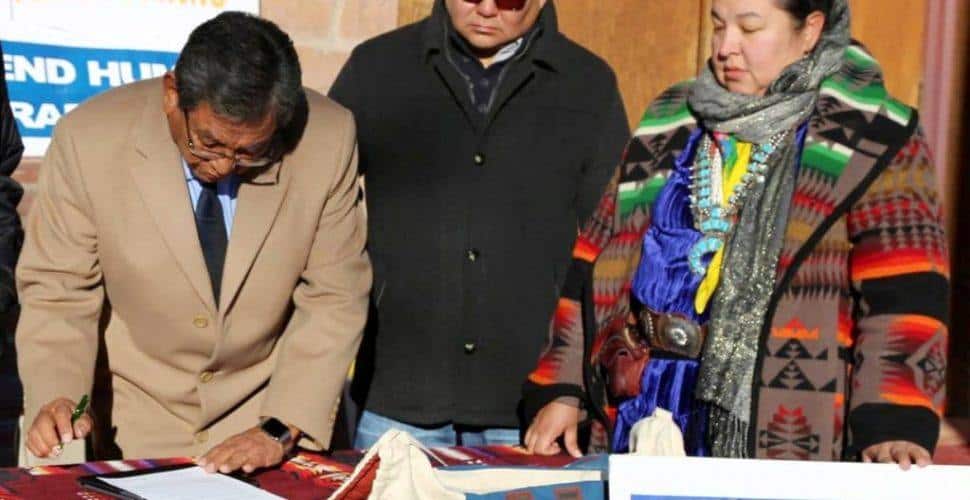 Navajo Nation Steps Up to Fight Trafficking on Reservation

Native News reports that the Navajo Nation is the only tribe in the United States that has formally amended its criminal code to include human trafficking:

In August, Begaye enacted a tribal council resolution to criminalize the sex slave trade within the reservation borders — what the International Labour Organization estimates is a $150 billion industry worldwide.

The Navajo Nation represents the only federally recognized tribal government to amend its criminal codes to prosecute the international human trafficking trade in the tribal courts.

Council Delegate Nathaniel Brown was one of several Navajo leaders to come out to the proclamation signing ceremony. He formally introduced the measure last April.

For the Navajo, there is very little data on human trafficking in an around the reservation, making this an important first step in addressing the problem.

“The next thing we need to do… we would like to have all our Navajo departments to be educated on what is human trafficking, where to call once they identify it, so we can begin to start saving our children,” Brown said.