Myanmar Girls Sold into Marriage for "3 Years and a Baby" - FreedomUnited.org
This website uses cookies to improve your experience. We'll assume you're ok with this, but you can opt-out if you wish.Accept Read More
Skip to content
Back to Global News 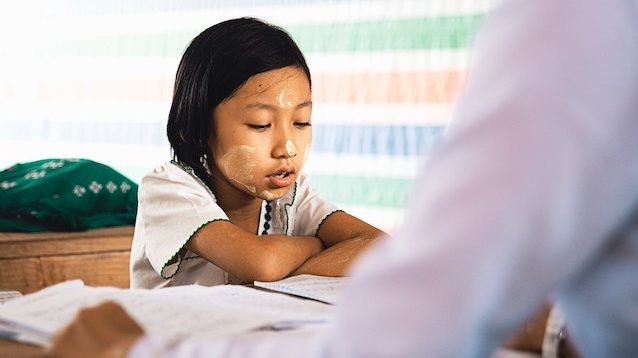 Myanmar Girls Sold into Marriage for "3 Years and a Baby"

China’s one-child policy and gendercide has brought about a severe gender imbalance in China.

Even though China now allows families to have two children, the current reality is that there are now 34 million more men than women in China. That’s roughly the entire population of Malaysia.

For many Chinese men, particularly from rural or working class backgrounds, this gender imbalance means finding a wife in China is simply not possible.

As a result, men in China are looking to Southeast Asia — especially neighboring Myanmar — to find wives. But it’s also opened up a new market in which Myanmar girls are sold into forced marriages with Chinese men.

More often than not their traffickers are their own parents.

In an article for Thomson Reuters Foundation, Aidan McQuade from Livelihoods and Food Security Fund explains:

In 2018, in conversations with internally displaced people and community-based organisations in Kachin State that borders China, I was told that the most popular age of girls for the China market was 13 to 16 years. These girls typically fetch between USD 2,000-USD 3,000 for “three years and a baby”.

After a girl has stayed with a Chinese man for three years and delivered a child, she may then be sold on to other men in China for similar usage.

Community groups in Kachin State suggest that impoverished families living in camps for internally displaced people sell their own daughters to traffickers.

In Myanmar, the girls being sold into slavery are not foreign to the traffickers. Rather they are their own or their neighbours’ daughters, frequently deceived with a false promise of decent work to temporarily conceal the truth that they are being traded like livestock.

According to research from the Freedom Fund, the most vulnerable girls are lured to China with promises of education.

As McQuade argues, interventions to prevent forced marriage must focus on keeping girls in secondary school in Myanmar and job opportunities post-schooling so that they can work their way out of poverty.

“It is a modest response to a major problem. But it has the potential to grow as women develop new businesses and repudiate the ideals that currently reduce them to commodities rather than citizens in their own country,” says McQuade.

It is the gendercide, NOT the one child policy – let’s be clear. If Chinese couples didn’t abort female fetuses or kill girl infants, there would be a natural balance of genders born.

We no longer live on a planet where whomever feels like it can breed incessantly. A one or two child limit should be undertaken by every culture and nation. Anything else is environmentally unsustainable.

To steal the youth of a girl by forcing her to marry a stranger is evil enough but to sell her for a period of time just to produce a baby and then sell her on again to do the same thing is worse than evil.

So you’re going to sell “Mom” off and “Dad” keeps the baby, which he then has to look after by himself? I can’t see that many guys would have the heart to do that to either their child or the mother. It would certainly be the utmost cruelty. Besides, after a couple of years of having a partner, suddenly no more sex, cooking, etc.? In that case the guy is not only cruel but stupid. I would hope that most of these men would at least be honourable enough to look after these wives for good.

This really saddens me. I just cannot understand why women are still seen as an object that can be used and discarded… How can these people not see that they are only here and alive because a woman has carried them and fed them in their own womb? Surely women should be the most sacred thing on Earth just for being the ones who can do that.

Hi Mari, It really is saddening that women and girls are treated this way, as you say, “used and discarded.” When I first found out about similar things happening, I was really overwhelmed emotionally and also uncertain about what I could do to help. That’s one of the reasons I’m grateful for the Freedom United community and thankful you’re here. So we can do something to make a difference. Another thing you might consider is sharing with one other person about this and how you’re feeling, either in person on via social media or email. Thank you for caring about… Read more »

This story is just so abhorrant. Those poor poor girls. What do they have to look forward to? This dreadful thing is happening though not just because of poverty but because Chines couples murder their own babies if they’re born female. What type of people do that????? The Chinese are sick and warped and this neanderthal practice should be stopped right now.