Mother Jailed in First-Ever Conviction for Forced Marriage in England - FreedomUnited.org
This website uses cookies to improve your experience. We'll assume you're ok with this, but you can opt-out if you wish.Accept Read More
Skip to content
Back to Global News 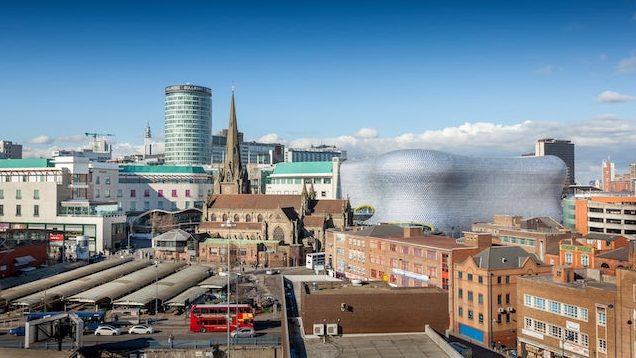 Mother Jailed in First-Ever Conviction for Forced Marriage in England

A woman in Birmingham has been jailed for four and a half years for forcing her 17-year-old daughter to travel to Pakistan and wed a man nearly twice her age.

It is the first-ever conviction for forced marriage in England, and the second-ever in the UK. The mother was found guilty on two counts of forced marriage and a third charge of perjury.

The judge, Patrick Thomas QC, told the defendant: “You had cruelly deceived her. She was frightened, alone, held against her will, being forced into a marriage she dreaded. You must have known that was her state of mind. Yet for your own purposes, you drove the marriage through.”

During the trial, jurors heard how the woman had promised the troubled teenager a family holiday and bribed her with a phone.

But instead, after taking her to Pakistan, the woman told her daughter on her 18th birthday that she would marry a family relative by whom she had become pregnant on a previous visit in 2012 when she was 13 and he was 29.

Despite her daughter’s pleas that she did not want to marry the 34-year-old Pakistani national, the defendant planned the wedding day for later that month, on 18 September 2016.

Giving evidence, the defendant’s daughter had told Birmingham crown court how she had cried during the wedding and begged her mother not to send her home with the groom after being forced to sign marriage papers.

Her mother later abandoned her in Pakistan before lying under oath to a high court judge in the UK about what had happened.

Earlier in the trial, jurors were told how the mother had betrothed her daughter to her second husband’s nephew on a previous visit to Pakistan in 2012 before the girl fell pregnant. After the trip the girl’s pregnancy was terminated and she was taken into the care of a children’s home.

Prosecutor Deborah Gould argued that her mother took advantage of her daughter, who has learning disabilities, and emotionally manipulated her.

During the sentencing, the defendant’s family listened from the public gallery, but her daughter sat separately. The prosecutor read out the victim’s impact statement to a packed court, in which she urged others at risk of forced marriage to tell someone.

“If it wasn’t me in this position could it have been one of my brothers or sisters?” she wrote.

Speak up for victims of forced child marriage.

The National Society for the Prevention of Cruelty to Children (NSPCC) said that they hope this case will encourage others to seek help.

“Children as young as 13 have contacted Childline about being forced into marriage yet fearing they will be cut out of their family if they refuse. Forced marriage is a form of child abuse and this case has laid bare the effect it has on young lives. We would urge anyone worried about a child to speak up before it is too late, so that we can get help and prevent them being bound into something they would never ask for,” a spokesperson said.

At last…and long overdue.. now hope this kind of sentence will become regular for all discovered cases…these girls need our protection

I agree! Wish there was a way we could help!

The girl should be able to walk away form this “marriage” and given enough money to be able to start a life of her own , any signs of the forced marriage should be stricken form the books so no one would ever be able to use it against her !

I agree. I hope that this is an invalid marriage both in UK and in Pakistan as both parties to a marriage must choose it of their own volition.

I am glad the young girl has justice

Again, as with other crimes in this country, the punishment DOES NOT fit the the crime. Three and a half years for allowing her daughter to become pregnant at 13, lying to the court and trying to rob this young woman of the rest of her life, when will this country learn that if the punishment does not fit the crime then the crime,s will continue.

Martha
Reply to  A. Boyden

I disagree about the need for a longer sentence. Here in the US it’s all about long sentences and very little about treatment of the problem, the underlying problem. Very little attention is paid to rehabilitation. I wonder what kind of genuine, tried and true, rehab will be given to this mother while she is in prison. None or little? Sentences are not found, studies show, to be a deterrent if they are longer, contrary to what people want to believe, and pure vengeance, well….

Let me guess….They aren’t Baptist, are they….