IOM Confirms Bangladeshi Men Were Trafficked to Vanuatu -
This website uses cookies to improve your experience. We'll assume you're ok with this, but you can opt-out if you wish.Accept Read More
Skip to content
Back to Global News 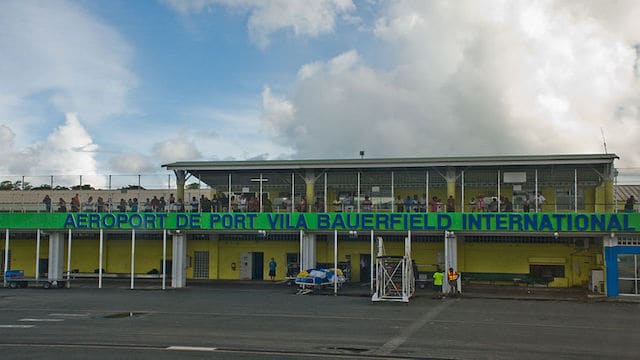 The International Organization for Migration (IOM) has identified over 100 Bangladeshi men in Vanuatu as victims of human trafficking.

The 101 migrant workers said they had been promised jobs in the Pacific island nation, but upon arrival were exploited for their labor. IOM’s statement now corroborates the migrant workers’ claims.

However, this case remains complicated: only 14 of the men want to be repatriated to Bangladesh, while the rest want to remain in Vanuatu to find work to pay off their debts.

An IOM spokesperson said the organisation is now providing bi-weekly food rations to the victims – many of whom refuse to return home.

The spokesperson said it’s working with Vanuatu’s government to assist in a voluntary return of the migrants.

“This process includes medical checks and an assessment of their area of origin to determine their needs in terms of reintegration support when they return.”

Collectively, the group is demanding $US1.8 million in compensation for lost work and alleged abuse from Vanuatu or Bangladesh, whoever will pay.

“From IOM’s side we are encouraged that more of the group now do want to return home – something that both the Vanuatu and Bangladesh governments support,” added IOM’s spokesperson.

For now, the men are being housed in Port Vila, the capital of Vanuatu, and are under police protection. The government and IOM are providing food, water, and housing for the trafficking victims, but the men say that support is declining since the majority of them do not want to be repatriated to Bangladesh.

Prior to this development, New Zealand’s High Commission in Vanuatu had given funding to IOM to provide the Bangladeshi men with hygiene kits and repairs to their water supply.