Increase in Urban Slavery Cases in Brazil - FreedomUnited.org
This website uses cookies to improve your experience. We'll assume you're ok with this, but you can opt-out if you wish.Accept Read More
Skip to content
Back to Global News 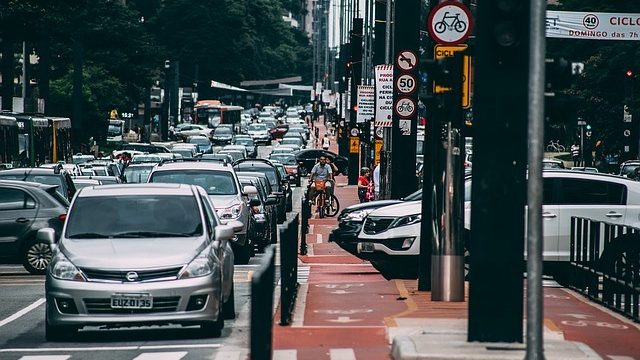 Brazil faces new challenges as prosecutors and labor inspectors must deal with a sharp increase in cases of urban slavery, according to top government officials.

According to Thomson Reuters Foundation:

“We found that there is fragmentation happening. Instead of one big sweatshop with 20, or 30 people, we now have many, with four of five, usually family owned,” said Maurício Krepsky, head of the Division for Inspection and Eradication of Slave Labor.

This new situation presents a significant challenge to detection, according to Krepsky. In 2018, 42 workers were rescued from conditions of modern slavery in São Paulo sweatshops.

Brazil’s textile industry, which represents the fourth largest garment production industry in the world, employs 1.5 million people. However, the industry is highly fragmented, with small shops employing thousands of immigrant subcontractors sewing garments for popular national retail companies. Many of these subcontractors are from Paraguay and Bolivia.

“Working conditions in Bolivia manage to be worse than those in Brazil, so they are very easily groomed (by traffickers),” said labor prosecutor-general Ronaldo Fleury.

While a growing problem, urban slavery in Brazil is still less common than rural enslavement. There were 1,200 workers found in conditions of modern slavery in the country’s rural areas in 2018. However, the increased mobility in cities, as compared to rural areas, can make cases of urban slavery harder to pursue.

“To me that is the single-most challenging aspect of it (urban slavery). In a sweatshop you pull up a truck and you can move the sweatshop in a few hours, while a farm stays put,” said Fleury.

In addition to the garment industry, the dairy supply chain is a hot spot for debt bondage in Brazilian cities. More workers were rescued from the dairy industry in 2018 than from sweatshops, most having been trafficked from poor northern states to work as door-to-door salesmen.

Krepsky says these high 2018 numbers show the importance of continuing the work of investigating modern slavery in cities.

“In urban areas we identify more frequently than in rural ones signs of slave labor happening in a more covert way (…) like a false formalization of the activity, as to hide the true employer.”