Former Bonded Laborers Elected to Village Councils - FreedomUnited.org
This website uses cookies to improve your experience. We'll assume you're ok with this, but you can opt-out if you wish.Accept Read More
Skip to content
Back to Global News 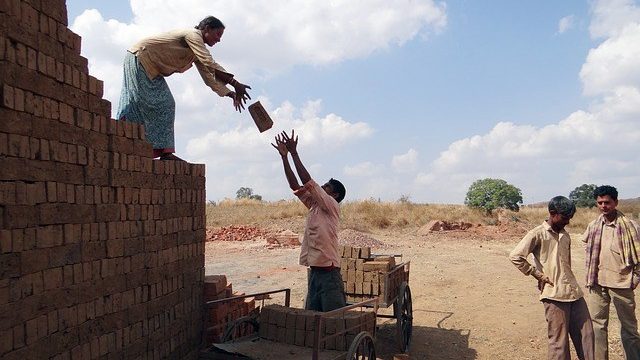 Three former bonded laborers were elected to village councils in the past week, a turn of events described by experts as “a game-changer” for millions in India who are victims of labor trafficking and debt bondage.

Kudumula Devamma, 40, spent twenty years fishing in repayment of loans received by her father-in-law and husband. She was rescued in 2016, along with more than 100 other people who had been forced to fish for the family who owned the boats. Some of these rescued workers had been in bondage for three generations, prevented from leaving the village by threats and intimidation.

“It is something I never ever dreamt of,” Devamma – one the first female former bonded laborers to be elected to a panchayat or village council – told the Thomson Reuters Foundation in a phone interview.

“My first priority is to improve the condition of my community and help them stay free.”

India’s bonded laborers number in the millions, working in brick kilns, fields, rice mills and homes as domestic workers. These victims are often illiterate, and have no way of knowing how long it will take to expunge their debts.

In 2016, the country announced the ambitious goal of freeing over 18 million laborers from debt bondage by 2030. However, victims need more than freedom to recover. Many retain a “captivity mentality” and continue to suffer fear of retribution from their former owners, according to counselors.

This makes the election of Devamma, along with two other survivors of debt bondage, that much more inspiring.

“What these men and women have achieved is quite remarkable and will change the rules of the game here,” said C. H. Vasudeva Rao. Rao is a project coordinator with a charity which rescues bonded laborers, the Foundation for Sustainable Development.

“Their journey from captivity to being leaders is inspirational … Today’s victory is a great opportunity to speed up the rehabilitation for others in the area.”

The results of these elections could help increase awareness of debt bondage, and may help ensure rescued laborers can access compensation, housing and employment schemes through village councils.