Forced Marriage Victims Charged Rescue Fee - FreedomUnited.org
This website uses cookies to improve your experience. We'll assume you're ok with this, but you can opt-out if you wish.Accept Read More
Skip to content
Back to Global News 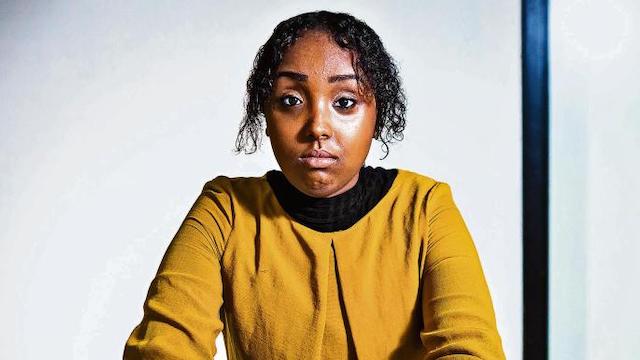 Jasmin Osman called for help, leading to the rescue of 25 other victims. Photo credit: The Times

Young women and girls who are sent abroad by their families for forced marriage are being charged hundreds of pounds by the UK government to secure their rescue.

Data released under the Freedom of Information Act reveals that the Foreign Office helped repatriate 27 victims of forced marriage last year, but their rescues came at a steep cost.

British victims of forced marriage who seek help from the Foreign Office are made to pay hundreds of pounds for their flight home as well as fees for basic food and shelter. Victims who are 18 or older have to sign emergency loan agreements with the government, and their passports are confiscated until they repay their rescue fee.

And if they can’t pay the fees back in six months, the government will tack on an extra 10% to the bill.

In April 2017 police in Somaliland, an autonomous region in northern Somalia, raided a boarding school after Jasmin Osman, who was sent to the school when she was 19, escaped and called for help. They found 25 young women from across Europe and the US, including seven from Britain, who had been sent there by parents concerned that they were becoming too westernised.

Other punishments included being locked in coffin-like enclosures with tiny airholes, soaked with cold water overnight, left in their own excrement, made to stare directly at the sun and being chained to walls. They were told that they could leave only if they got married.

Four of the seven British victims were over 18 so had to fund their repatriation. They did not have their passports so were given emergency travel documents. Those given loans were told that they could not apply for new passports until they had repaid their debt.

One of the victims, a 24-year-old woman from London, explained that the government rescue fees have been a massive burden.

“I am trying my best to move on but I’m in debt, I’m struggling. I’ve been put up in a B&B and I’m worried I’ll be homeless,” she said.

“I can’t ask my family for help because of what I was put through. You can’t work without a passport. I called one of the women from the Foreign Office numerous times but she said I had to pay back the money.”

Some victims of forced marriage have turned to local charity Southall Black Sisters. Its founder, Pragna Patel, stressed that “These are vulnerable young women who have been taken abroad through no fault of their own and forced into slavery and yet they are being asked to pay for their protection. Protecting victims from forced marriage must be seen as a fundamental right and not a profit-making business.”

The Foreign Office charges repatriation fees to victims of forced marriage in the same way it does for tourists who get in trouble abroad.

A spokesman from the Foreign Office said that their priority was getting victims to safety, but “Given these are from public funds, we have an obligation to recover the money.”

British passports, “in the name of Her Majesty” “requires all those whom it may concern….to afford the bearer such assistance and protection as may be necessary”. How on earth can confiscation of that very passport, with the disempowerment and destitution that that entails, be compatible with that? The hypocrisy is obscene.

Charging for a rescue is immoral in almost all cases. Lifeguards don’t even do it on posted beaches.

If the girls had a British or European passport that was taken away from them, that is the same as being stolen. Surely, the foreign and passport offices can reissue a new one, so that they can start to work in reputable careers. If they resided in the UK before they were sent away, why are they being treated as “outsiders”? Can they take out student grants to help them to fund housing and education and work part-time?

How could I learn more?

Make the parents or the relatives that caused the problem pay, and double the price!