Forced Labor is the Backbone of the World’s Electronics Industry - FreedomUnited.org
This website uses cookies to improve your experience. We'll assume you're ok with this, but you can opt-out if you wish.Accept Read More
Skip to content
Back to Global News 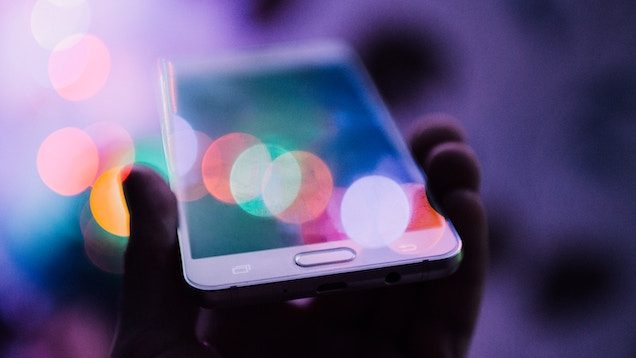 Forced Labor is the Backbone of the World’s Electronics Industry

Malaysia has billed itself a “heaven for foreign companies” for years, drawing over 5,000 foreign firms to set up their facilities in the Southeast Asian country.

The electronics industry — producing everything from phones to semiconductors — makes up Malaysia’s largest manufacturing sector, accounting for over 36 percent of the country’s exports and a quarter of its employment. Yet there’s a darker side to the industry’s success — exploitation of the thousands of migrant workers from Bangladesh, Nepal, the Philippines, Indonesia, and India that come to Malaysia thinking they’ve found paradise.

As Joseph Paul Maliamauv from anti-trafficking NGO Tenaganita points out, migrant workers arrive believing that “Malaysia is the land of milk and honey.” But while the country may be a multicultural and developed country with huge foreign investment, migrant workers find that this vision of success isn’t afforded to them.

Malaysia provides a window into a troubling part of the global economy that makes the whole system work, one that touches and connects practically every part of the world and billions of people: a flow of humans that shapes lives, creates the world’s things, and is built on the availability of a massive, inexpensive, and flexible labor supply.

Workers coming from rural regions around Asia can amass large amounts of debt just in an effort to get to a big city where they can get recruited. Anne Beatrice, of the North South Initiative (NSI), an organization based in Kuala Lumpur that supports workers both in their home countries and when they come to Malaysia, told me that by the time a Nepali worker reaches the capital city of Kathmandu, she typically has already procured a sub-agent in her home village, sometimes at great expense to her family.

When she reaches the city, she has already invested so much it can feel like it doesn’t matter if she doesn’t like the look of the recruiter or the contract, or the recruiter substitutes the contract before she gets on the plane. “Recruiters have sub-sub-sub-recruiters and sub-sub-sub-agents,” said Sumitha Shaanthinni, a lawyer who works with migrants. “The recruiter doesn’t go to the village; the sub-agent goes to the village.”

In 2014, the watchdog organization Verité released a study on migrant workers in the electronics sector in Malaysia. Among a sample of more than 400 foreign electronics workers, at least 32 percent were, by Verité’s definition, forced to work against their will. According to the report, “these results suggest that forced labor is present in the Malaysian electronics industry in more than isolated incidents, and can indeed be characterized as widespread.”

The same year Verité released its report, the US State Department ranked Malaysia in Tier 3 — the lowest possible ranking — in its annual Trafficking in Persons report. Yet in following years Malaysia was mysteriously upgraded to the “Tier 2 Watchlist” and finally to “Tier 2” in 2017 despite a massive scandal where graves of 130 human trafficking victims were discovered along the country’s border with southern Thailand.

“It made a mockery,” Shawn MacDonald, the CEO of Verité, said of the State Department’s revision. Malaysia had “literally done nothing—if anything a slide backwards.” Anti-trafficking advocates suspected the upgrade was purely political — Malaysia needed to get off of Tier 3 in order to become part of the Trans-Pacific Partnership (TPP).

NGOs in Malaysia say that most migrant workers in country are documented. They’re not, as Maliamauv explains, “climbing over fences.” However, these workers find themselves in trouble if they become undocumented, which can arise if they flee an abusive employer or do not have their contracts renewed as their visas are tied to their employer.

Many global companies seeking to monitor their supply chains have turned to the watchdog Responsible Business Alliance for help. Bob Mitchell from the RBA says that they use a “diversity of approaches” to address supply chain issues, noting that “The further you get down, the less leverage you have as a company or an individual company.”

Yet lawyers and workers’ rights advocates say that this top-down approach of getting large brands to pressure their downstream suppliers hasn’t helped improve conditions because there is no transparency in which suppliers are in a company’s supply chain.

Workers in Malaysia’s factories may not even know where the parts they make end up. “If you are going to produce a small component, sometimes you don’t even know what the component is,” Shaanthinni said. “If it is a screw, how are they going to know…what company it is going to?”

It was John Kerry who “mysteriously upgraded” Malaysia to Tier 2 for their admission into Obama’s failed Trans Pacific Partnership. That information is available, why didn’t you report it?

This includes the richest of these, Apple/Mac about which there is a documentary, “Apple’s Broken Promises,” on the poor working conditions it has in Asia. “Apple’s promises to protect workers were routinely broken,” according to the report.