US TIP Report: The Upgrades, Downgrades, and Warning Against "Institutionalizing Children" - FreedomUnited.org
This website uses cookies to improve your experience. We'll assume you're ok with this, but you can opt-out if you wish.Accept Read More
Skip to content
Back to Global News 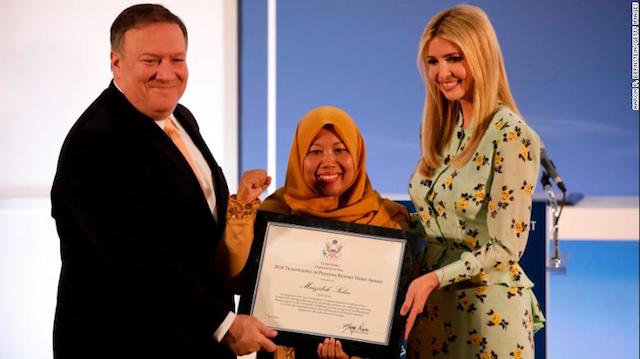 US TIP Report: The Upgrades, Downgrades, and Warning Against "Institutionalizing Children"

The United States State Department has released its flagship Trafficking in Persons report, highlighting the state of human trafficking around the world and ranking countries on their efforts to tackle the crime.

Yet the section of the report that has garnered the most attention so far is the part on “child institutionalization and human trafficking,” which notes that, “Removal of a child from the family should only be considered as a temporary, last resort.”

It continues, “Studies have found that both private and government-run residential institutions for children, or places such as orphanages and psychiatric wards that do not offer a family-based setting, cannot replicate the emotional companionship and attention found in family environments that are prerequisites to healthy cognitive development. Children in institutional care, including government-run facilities, can be easy targets for traffickers.”

Human rights campaigners were quick to note the irony of the US TIP report warning against child institutionalization given the backdrop of the Trump administration separating more than 2,500 undocumented children from their parents in recent weeks.

Sara Margon, Washington Director of Human Rights Watch, credited the State Department for its analysis of the dangers of detaining and separating children from their families, adding that “Other (US government) officials, particularly immigration and law enforcement officials, should take note of this guidance and ensure it is upheld.”

The United States remains in Tier 1 — the highest possible ranking — in this year’s TIP report.

CNN reports that there have been 29 upgrades and 20 downgrades among the 183 countries ranked:

Countries with the worst record on human trafficking fall into the report’s notorious third tier, which includes historic US adversaries like North Korea, Russia, Iran, and, as of last year, China.

This year, the tier shrank modestly from 23 to 22, with the removal of six countries and the addition of five.

Of the five that were added, two – Bolivia and Laos – were automatically downgraded because a policy that only allows countries to stay on the next highest, “Tier 2 Watch List,” level for a maximum of four consecutive years.

Myanmar, which has been facing a humanitarian crisis in its northern Rakhine state as a result of violence against the minority Rohingya community, was among those designated at Tier 3 this year.

Several countries were commended for taking steps to improve their handling of human trafficking cases in 2018, including Japan and Bahrain, which were among six countries elevated to Tier 1.

Among other shifts are a downgrade of Ireland to Tier 2 due to changes in the country’s human trafficking law and “chronic deficiencies in victim identification and referral.”

South Africa also fell from Tier 2 to the Tier 2 Watch List because “allegations of official complicity affected the government’s prosecution, protection, and prevention efforts and there were significant concerns for victim protection.”

Countries on the Tier 2 Watch List can be there for two consecutive years and then another two if the Secretary of State grants them a waiver. This year both Cuba and Saudi Arabia received waivers.

For the third straight year the US did not rank Libya, a hotspot for migrant trafficking, explaining that the Libyan government “struggled to gain institutional capacity and the resources to address trafficking.”

Still, at the launch of the report US Secretary of State Mike Pompeo said that the abuse of African migrants and refugees in Libya has resulted in “modern day slave markets.”

The U.S. has no credibility now. It should have been moved to tier 2 or 3 for its treatment of immigrants and their children.

Perhaps the U.S. is favouring itself in the Report, but it is still a very necessary work for the world that the Department of Labor is doing by publishing it.

Really? Why is Ivanka there? Ivanka is part of the problem! People who actually work to stop trafficking need to be given an award from someone known to turn a blind eye and profit from sex and labour trafficking?!!!!! It’s revolting!

The instutionalization of children is a heartless and monstrous crime.
The Trump administration and ALL of its officials need to be removed and publicly shamed